Germany's Ministry of the Interior and Sports has completed field tests with a TETRA pager from Airbus Defence and Space, the P8GR, to demonstrate the device's compatibility with the country's BOS digital radio network 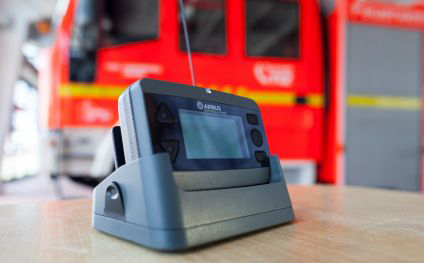 Germany's Ministry of the Interior and Sports has completed field tests with Airbus Defence and Space on its TETRA pager, the P8GR, to demonstrate the device’s compatibility with the country's BOS digital radio network.

The P8GR will be rolled out in the German state of Hesse, where functionality, interoperability and safety requirement tests took place, once BOS-IOP certification and final approval have been awarded at the end of 2015. Around 50,000 professional and volunteer firefighters and other rescue and emergency service personnel will be equipped with the pager over the next three years. It supports secure two-way communication between the control centre and the operational units through TETRA functions such as alerting groups, subgroups and individuals.

The P8GR’s features will enables real-time scheduling and dispatching of emergency services. The trials, held over the past few months in the German state of Hesse, involved testing a total of 1,000 devices and accessories in real life operational situations. Tests demonstrated that the device fully satisfies the certification platform of the German Federal Agency for Public Safety Digital Radio (BDBOS).