Setting off on the right foot

Bringing broadband into critical communications is a complex task. Jeppe Jepsen explains why TCCA is calling for an interoperability certification process.

Governments across the world are navigating complex projects to bring 4G/LTE-based services into their critical communications networks. Broadband offers new possibilities for managing and responding to emergency situations but, for the technology to be suitable for mission-critical purposes, more work is needed to ensure services will not be compromised.

Existing narrowband services are underpinned by a TETRA Interoperability Test and Certification (IOP) process developed by TCCA. That process ensures users benefit from the best possible quality and economies of scale. In practice that means devices from various manufacturers can operate securely and safely on infrastructure from numerous vendors. That balance is vital in ensuring emergency services and public safety agencies can choose the right solution for their needs while having confidence they are making secure investments.

Broadband is standardised into 3GPP releases, but mobile network operators (MNOs) implement those standards in different ways when building their own networks. As MNOs are set to play an increasingly vital role in the delivery of critical communications networks, there is a need to open a dialogue to ensure future critical services build on learnings from the roll-out of standards such as TETRA, instead of reinventing the wheel.

TCCA has published a whitepaper to do exactly this. It outlines the requirements, current status and steps needed to be taken within the sector to create a process to certify missioncritical broadband solutions. The paper, titled ‘Introduction to Mission Critical Service Interoperability’, was driven by Jeppe Jepsen, the organisation’s board co-vice chair and director of broadband spectrum. 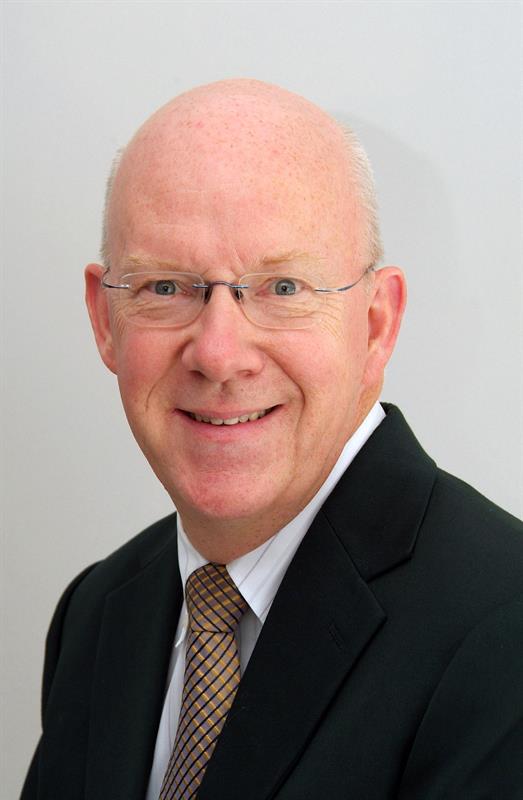 Critical Communications Today caught up with Jepsen, who explains that understanding what is at stake rests on an awareness of the different environments in which narrowband and broadband systems developed. Jepsen says: “In the past, governments had dedicated spectrum and could build dedicated emergency services networks. They were totally in control of their situation.”

When the TETRA narrowband standard was established in Europe, the European community realised its adoption outside of Europe would create a healthy ecosystem that fostered innovation and development. The “real benefit”, Jepsen says, of open standards and common spectrum is that companies “competed and worked together to enlarge the market opportunity”. All parties – government, the buying community, the supply sector – supported each other and took the time to understand each other’s needs. An interoperability programme was then developed to ensure a mix of manufacturers could provide devices and infrastructure that was interoperable.

TETRA has now been implemented in numerous countries around the world, including most countries in Europe, and that commitment to interoperability has given governments and agencies certain assurances.

Jepsen explains: “We are moving into a new world over the next five to 10 years. The majority of governments will not have their own spectrum and cannot build their own networks, so they have to buy service from those who have it – the mobile network operators.”

MNO customers are predominantly consumers and non-critical businesses, and their needs are radically different from those of public safety organisations. Consumer needs often centre on cost, whereas the needs of a frontline police officer or a firefighter going into a burning building, Jepsen explains, are about being “absolutely sure it always works everywhere and without question”.

We are now “entering a period where these two sectors have to get to know each other” because governments are procuring services from MNOs that must now “sign up to some conditions” that they were either not aware of, or could have been considered as low priority in the past. One vital area that must be examined is interoperability. The new whitepaper from TCCA lays the foundations for that.

Jepsen says: “About a year ago, we [TCCA] set out to analyse and find out whether we could copy the TETRA IOP process directly, or if we needed to find a different way. This whitepaper summarises the status of that. What we realised was that, with TETRA, the hardware and the software were completely interlinked. If you bought a device from one company, you would have the associated software pre-installed, and the same thing happened on the infrastructure side. With LTE – and later 5G – that is very different.

“The hardware and the software are separated, which means there are more touchpoints than we had in TETRA. We have pointed out in the white paper that governments and government-assigned operators for mission-critical services need to make sure that all touchpoints are under control. What TCCA can assist with is to make sure that there’s a certification process between the software and the hardware – such as MCPTT [mission-critical push-to-talk] software and the associated server.”

Jepsen cautions an IOP process will not eradicate issues that might arise during implementation. “There are still a number of things that individual service providers in each country will have to manage directly. Each MNO has different business objectives and strategies in specific regions so, even if you take the same system from the same vendor in two different countries, some fine-tuning will be needed. You might think all the networks are the same but, when you dig into it, they are not. It is not enough for a government procurement service to say ‘we want X according to 3GPP release Y’, because that says nothing about how it has been implemented.”

In the context of Mission Critical Services (MCX), this means that LTE or 5G networks could be 3GPP standard compliant, but the different implementations and optimisations mean there could be significant differences in the performance of the network. The TCCA whitepaper points to some 2016 drive testing carried out by Nokia Research Laboratories. The study was not independently verified, but three LTE networks are shown to have latencies ranging from 40 to 100ms. This is just one example of how a network can conform to a standard yet be implemented differently.

The whitepaper also lays out where we are with possible interoperability between vendors. ETSI MCX Plugtests are the first verification of implementations of new standards and protocols. They serve as a validation of the standard as well as early practical tests.

Significantly, Jepsen explains: “The plugtests have shown that companies are developing in different directions, which prohibits interoperability. That’s why the paper recommends to procurers that they should make sure, in the contracting phase, that they have clear agreements with vendors of what level of interoperability they have to deliver.”

This adds complexity that could be managed by an agreed interoperability testing and certifi cation system. Without such a system, each service provider will need to test all relevant elements (devices, computers, servers) and their interactions thoroughly. Those tests would then be repeated at multiple locations. This will incur additional costs for suppliers and users, and vendors will likely implement variants of the same products that then need to be maintained separately. An IOP process, TCCA says, will minimise this.

Interoperability can also facilitate cross-border collaboration. Jepsen says: “Cross-border interoperability is clearly a need and a wish. We had that need in TETRA as well. Norway has Motorola Solutions as its supplier, while Sweden and Finland use Airbus radios. Those three countries are interconnected so people can travel across the border if they are allowed to do so. Last summer, for example, Sweden had a lot of wildfires in its forests and Norwegian firefighters used their TETRA radios to come across and assist.”

Interoperability certification is still in its early stages, and TCCA has said in this whitepaper that “TCCA certification over mobile networks is still some time away”. Now is the time to collaborate to ensure broadband is brought into the mission-critical mix in a sustainable, safe and secure way. All stakeholders need to be given confidence in these networks performing as they should – whether that is first-responders needing to relay information instantly, control rooms having visibility over their network, or government agencies knowing their investments are secure.

Broadband offers so much promise for the public safety community. Putting interoperability at the heart of the development of mission-critical services will ensure vendors can deliver on those expectations. We shall certainly be keeping an eye on how TCCA’s certification process develops.