Drones are on their way, and they are neither toys nor weapons. Richard Lambley scans the horizon to assess what the technology has to offer now and in the future

Drones and unmanned aerial vehicles (UAVs) have been widely hailed as the next industrial revolution. But while such devices may not turn out to be as pervasive and transformative as, say, the Internet of Things or mobile communication (the constraints of the physical environment limit the number of drones that can be safely flown), they are opening up huge opportunities for innovation. 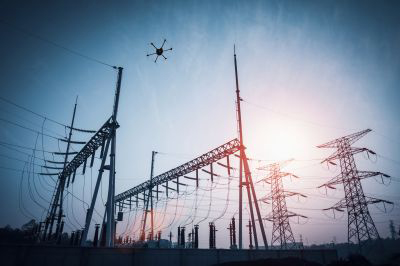 A recent brochure from the AT&T Foundry, a US innovation centre backed by AT&T and Ericsson, surveys the potential, highlighting projects and plans from industrial research, academic laboratories and start-up developers around the world. Among the possibilities it identifies are drones that will fly by algorithms, undertaking missions autonomously without the need for a human controller; drones that can work together in intelligent swarms on collaborative missions; flying radio nodes that will meet temporary communications needs on the ground; innovations in power sources, such as hydrogen fuel cells, to extend flight endurance; and drones for common tasks such as painting a building more quickly and safely than humans can.

In Europe, a study published in November by SESAR, a public-private research project aimed at overhauling European airspace and air traffic management, foresees some seven million consumer leisure drones operating across Europe in 2050, plus 400,000 engaged in commercial and government missions. Major users of these devices will be found in agriculture, supporting enhanced productivity through ‘precision agriculture’; in the energy sector, for preventive maintenance, etc; in logistics, for urgent missions such as transporting emergency medical supplies; and in public safety, for civil protection and humanitarian missions.

Professional and commercial users, the study predicts, will wish to fly drones in both urban and rural settings and beyond the operator’s line of sight. Advanced guidance systems and air traffic management will therefore be essential.

The need for regulation

For the present, aerial surveillance and film-making are two of the most immediate applications for drones. What television documentary is complete without its drone shots? They offer the director spectacular views from a stable yet freely movable camera platform at a fraction of the cost of hiring a helicopter, and without causing noise or disturbance to people or animals on the ground.

But aside from these craft, and the military drones that have become a routine tool in warfare, most of the millions of drones currently in use are playthings operated by enthusiasts. In practice, their flying range is limited to a line of sight by the unmanaged Wi-Fi channels commonly used for radio uplinks and downlinks, and very possibly by prevailing aviation regulations also.

Using the public 3G/4G wireless networks for communication can overcome the distance and interference limitations of Wi-Fi or technologies such as ZigBee. But projects such as that of the online retailer Amazon to develop parcel-carrying drones for making rapid deliveries in cities may be stalled for the time being by the risk of collision with other airborne craft and by rules about overflying populated areas.

Regulation, however, is not necessarily a barrier to UAV activity, more a potential enabler. A favourable regulatory environment could unlock countless innovative applications throughout the global economy, shaking up existing markets and creating new, unforeseen ones. It could drive the development of drones that are heavier, faster and can fly further, and even in darkness, without endangering other aircraft or people and property on the ground.

On both sides of the Atlantic, aviation regulators have been collaborating for some years with teams from industry to develop rules by which this new industry can operate, allowing drone activities to flourish on a large scale.

“The current level of safety and reliability that you have in the ‘toy’ drones that are on sale today and used for photos and so on will soon disappear, replaced by highly reliable products,” comments an industry insider. “The chance is to make rules which are extremely stringent with redundancy and safety in operations in terms of choice of routes, altitudes, speed and so on.”

He adds: “All this can be arranged to exert a level of safety regulation that would be similar to whatever existed before in flight. So, I’m convinced that the authorities, even though the challenge is high, will come up with potential solutions.”

To achieve an acceptable level of safety in the new era, professional and commercial drones will require a much higher level of sophistication and redundancy in their guidance and propulsion systems. Flying beyond visual range, they will be confined to specific flight paths and will not be free to use the sky in any way they want.

In Europe, the European Aviation Safety Agency (EASA) has declared drones a priority and is stepping up efforts to integrate them into Europe’s aviation and air traffic management (ATM) environment. An update of the European ATM master plan due this year is expected to outline technical, operational and other requirements for the integration of drones, while taking the global context into account. Keeping regulation simple and proportionate to the risks will be among its aims. New EU regulations for operating unmanned aircraft are expected to be adopted in 2018.

The urgency of the task was underlined at a conference on drones in Warsaw in November, at which EASA and top-level representatives of European and worldwide bodies participated, alongside leaders from industry. Noting the huge economic potential for drone services (estimates have put their value over the coming years as great as €100bn), the meeting concluded with a 15-point declaration that called for “well-co-ordinated actions” to develop an EU drone ecosystem and to deliver it by 2019.

A presentation by the EU’s commissioner for transport, Violeta Bulc, highlighted the potential of what she termed U-space – airspace up to an altitude of 150 metres – which is expected to cover the majority of drone activity. The commissioner envisages a traffic management system serving both business and private use, with full automation of all functions, including the piloting of drones. This, she explained, will make denser drone traffic possible over longer distances, including over cities, thus opening the door to a drone service market with huge economic potential.

In the US, the UTM (Unmanned Aerial Vehicle Traffic Management) concept for traffic management of low-altitude drones is being developed by NASA and a roster of partners in business, industry and academic centres. The project envisages ‘portable’ UTM installations designed to meet temporary activity such as disaster-relief operations, and ‘persistent’ installations for permanent coverage of a specific area.

At NASA’s Ames Research Center in California, engineers are developing cloud-based UTM software tools in a four-stage programme of increasing technical capability. Level Three, planned for next January, will introduce tracking of cooperative and uncooperative UAVs to ensure safety over moderately populated areas; and Level Four, to be demonstrated by the centre in 2019, will support autonomous vehicles for newsgathering and package delivery in higher-density urban areas.

Interested parties everywhere are brainstorming ideas for commercial UAVs and services. Last year, for example, Airbus Group, perhaps inspired by software developers’ ‘hackathons’, ran a ‘co-creation’ challenge via the internet in which engineers competed over several months to develop cargo-carrying UAV projects: the aim was to find ways to accelerate the evolution of designs that will accurately match customers’ needs while working within potentially complex new regulations.

Collaborations are also taking place in other fields. For example, the EU’s Project Icarus has brought together some two dozen partner organisations to develop flying search and rescue devices and crisis management tools for detecting, locating and rescuing humans on land (in urban disaster zones especially) and at sea.

In radiocommunications, drones could serve as overhead radio relay stations to provide coverage economically for temporary needs or for longer. Last year, Nokia and the UK mobile operator EE demonstrated an LTE base station flown by drone in the Inverness area of Scotland. Weighing 2kg, the Flexi Zone Pico base station carried LTE voice calls, video streaming and data throughputs of up to 150Mbit/s.

In February, AT&T in the US successfully tested what it calls a Cell on Wings (COW) – a compact LTE base station carried on a hexacopter. This was tethered to the ground by a thin line carrying power and a fibre data connection. Stationed at a height of around 100 metres, a COW could reinforce cellular coverage for music festivals and other big public events, AT&T says.

Alternatively, it could support emergency operations such as fighting forest fires in remote areas. Multiple COWs could be deployed to enlarge the coverage area. At higher altitude, Google is reported to have been testing solar-powered drones to deliver wide-area internet coverage using high-capacity millimetre-wave spectrum.

For many potential uses, a significant concern surrounding UAVs is the security of the device and the information it relays. One popular consumer drone has been found to be so insecure that any suitably equipped bystander can capture control of it by logging into its Wi-Fi channel – no password needed. Fortunately, devices that communicate via 3G/4G are generally better protected against interception, but they may still be vulnerable to accidental or deliberate jamming or spoofing (deception) of their GPS navigation receiver.

To counter this threat to UAVs, and to driverless cars also, the Israeli company GPSdome offers a compact electronics module that can cancel interference by steering an antenna null towards its source. This is designed to resist low-cost GPS jammers, which can easily be bought online. “Our affordable GPS anti-jammer has been developed for civilian applications, where the existing solutions today, all military-orientated, retailing for more than $30,000, are simply irrelevant,” says chief executive Ehud Sharar.

Enhanced navigational security is also provided by Europe’s new Galileo GNSS system, which formally entered initial service in December. Its transmissions include a Public Regulated Service, which gives protection against spoofing and jamming for government-authorised users.

Finally, from the other side of the fence – for organisations that don’t welcome drones – comes a family of counter-UAV products from Hensoldt, a German company that is buying the Electronics and Border Security division of Airbus DS. Its Xpeller system applies data fusion, signal analysis and jamming technologies to radar, optical and other sensors to detect and identify a drone and assess its threat potential, at ranges up to several kilometres.

Using an extensive threat library and real-time analysis of control signals, a jammer then interrupts the link between drone and pilot and/or its navigation.

Clearly, UAVs have huge potential for the critical communications sector and other verticals. While fears about their misuse raise concerns that this new technology is flying too close to the sun, the large amount of effort under way to ensure its safe use suggests that, unlike Icarus, UAVs will be in the skies for the foreseeable future.

Airbus Secure Land Communications has announced it will trial the use of its Tactilon Agnet communication platform on existing public broadband ...

Siemens gets on board with AI

German technology giant Siemens has announced its backing for a €23m research project which aims to develop the automatic operation of driverless ...