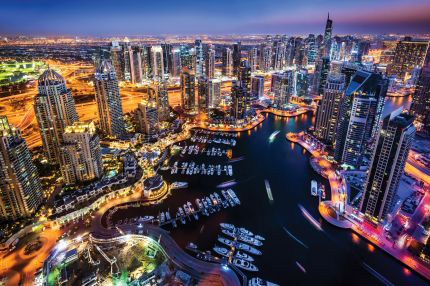 At its core, the Internet of Things revolves around the deployment of sensors everywhere, feeding back their data in intermittent trickles to provide actionable intelligence on everything from home energy use to flood risks. Such sensors could be invaluable to PPDR organisations, as they and the system they’re connected to could generate alerts in response to sounds of aggression, gunshots, screams, smoke and more besides.

A related concept is that of smart cities – the use of communications technologies at the city-wide level to maximise energy efficiency, reduce congestion and pollution and improve safety through co-ordination between the emergency services and other stakeholders. A driver for this is that thanks to globalisation, today’s cities are increasingly in competition with one another.

Despite the promise these technologies hold, the smart city concept has been relatively slow to catch on. “We are panicking as a community because we see things aren’t really taking off,” says Mischa Dohler, co-founder of Worldsensing, an IoT company, while speaking at the Future of Wireless International Conference.

“If I could ask something of this community, it’s do not come up with new standards or technologies, we are just good, we’re fine. We have a lot technologies that connect sensors, a lot of databases and AI algorithms, you name it. We just need to wait until the demand-side picks up.  It’s the old story of confusing need with demand… there is a need for smart city technologies… demand is like a good bottle of wine – you open it and you have to wait.”

Part of the reason many first responder organisations have yet to fully realise the benefits from IoT and smart cities is that many of the low-powered wide area (LPWA) technologies that allow IoT sensors to go for years without the need for battery replacements use unlicensed spectrum. Dohler notes while this is fine for non-mission-critical use cases, it is not suitable for use in refineries or other critical applications because it isn’t possible to deliver the SLAs required by customers in these areas using this type of spectrum. This is largely because spectrum regulatory bodies do not offer any protections against interference in unlicensed spectrum.

Another issue is that the IoT ecosystem has yet to fully settle down. Many of the big IoT players offer proprietary solutions that come with the perils of vendor lock-in and obsolescence.

Jim Nolan, executive vice president, IoT solutions at InterDigital, said: “The world of IoT is currently characterised by competing technologies and platforms, further complicated by numerous standards development organisations, and this fragmentation is causing a delay in the widespread adoption of IoT. We can’t hope to realise any smart city ambitions until all stakeholders can agree on a common set of IoT standards.”

The GSMA, which represents the interests of mobile network operators worldwide, and its members are heavily involved in the development of open standards for IoT devices that will use licensed spectrum: NB-IoT (which was frozen by 3GPP in late June), Extended Coverage GSM for the Internet of Things (EC-GSM-IoT) and LTE-M and they will start to become commercial towards the end of this year.

“If you have different solutions within a building or city, how do you get that information, how do you bring that altogether? That is probably the biggest task that you face from a emergency services’ point of view. The only way you can do that is with open standards with a solution that everyone knows how it works so you can get that particular access,” says Shane Rooney,  executive director at GSMA. “Dubai Civil Defence works closely with the two operators, Etisalat and Du, in terms of gaining information from every one of those buildings that are in Dubai to detect smoke and fire and then monitor all sensors in that building. For example, how they can shut off air-conditioners if a fire breaks out. We’ve worked very closely and that’s commercialised and up and running.”

I asked Rooney if one issue facing smart city IoT deployments is the need for the infrastructure to be in place for a long time (10 years or more without the need for battery replacements), when the technology is developing quickly.

Rooney said: “One of the keys here will be backwards compatibility, that’s where licensed spectrum comes into its own because at least you have a body that’s accountable to the public as to how that is managed.”

Reinhard Van Loo, a solution consultant at Frequentis, says that public safety agencies are in transition from a reactive business model to a proactive model, taking into account social media, CCTV and resources on the street, to verify information early and thereby better allocate resources to incidents. A key issue here is the need to adjust operational procedures and regulations. Van Loo notes that in Germany, while it is a legal requirement that emergency services respond to an emergency call, the same is not true for texts.

Daren Lang, regional manager – business development – Northern Europe at Axis Communications, says that once a system is in place to generate an alert in response to an incident, for it to be of use there has to be a process and people in place to handle it. He and Van Loo see a need for human verification of incidents. Naturally, this hinges on the amount of ambiguity, the need for speed and the cost of inaction.

Acting on video
One of the most powerful tools in the field of video analytics is facial recognition. This, according to Roy Chen, president, government & public utility sector, Enterprise BG at Huawei, is being used in Kenya to identify people who have been placed on a blacklist and generate alerts when they pass stations or some important public areas. It was also used in the UK during last year’s Download Festival by Leicestershire Police.

According to Lang there is a shift towards more processing taking place on the edge of the network and in video cameras, easing the load on servers.

“There’s a lot of processing power required for full-on facial recognition. The more we do on the camera, the more scalable the server becomes in terms of the number of feeds it can analyse, making the technology more mass-deployable. That’s a development that’s under way and could make facial recognition a lot more available to a broader audience,” he says.

As such tools become more powerful and increasingly available to public safety organisations, the greater the need to consider privacy issues, particularly in the context of policing by consent. Lance Valcour, formerly of the Ottawa Police Service, notes that the balance communities are willing to accept between privacy and security “is different in most countries and regions. There is no one answer for the world in my opinion.”

“We the police have very special powers and authorities. We have the authority to detain you against your will, we have the authority to use both non-lethal and lethal force under certain circumstances. Along with that authority must come the proper openness, transparency and accountability. Whether it be the use of physical force, or our ability to look at you from the cyber world and to breach your privacy, again we need to be held open and accountable.”

A factor that may well limit the impact of the smart city concept is the increasingly blurred line between the duties of many police officers and what was once seen as the preserve of social workers and mental health staff. With homelessness a key issue and the fact that 32 per cent of those using homeless accommodation services in the UK have mental health problems, a great deal of urban policing revolves around tackling such issues, and the soft-skills required are traditionally seen as not being very amenable to improvement through technology.

That said, there is still some potential for technology to reduce the workload on public safety organisations, even in this area, particularly in sterile or low-density environments such as train platforms and other possible suicide hotspots. In addition, smarter use of cameras could help improve officer safety. John Gurney, Frequentis UK’s managing director, discussed the possibility of a system in which when a police officer pushes an emergency button on a device in the field, nearby CCTV cameras would automatically pan and tilt to allow control room staff to quickly follow that officer, noting that the location of both the cameras and officers are already known (due to a automatic personnel location system – APLS – in the case of the officers).

Turning to audio, Lang explains that when it comes to generating alerts from sounds, there are two different approaches: simply generating an alert when the volume crosses a certain threshold or in response to specific sound profiles, such as those associated with aggression, the use of spray cans and gunshots. He adds that as far as data protection is concerned, the audio is monitored, not recorded. In the case of aggression monitoring, Lang says a company called Sound Intelligence, an Axis partner, has done a lot of work in this area and that their technology, which mimics the cochlea of the human ear, has been quite successful in prison environments and “has been installed in city-type applications as well”.

Clearly, IoT and smart cities could help PPDR organisations improve operational efficiency and response times. However, much of the work currently taking place is at the demonstrator level rather than full-scale deployments. In addition, if first responders are to benefit from smarter cities, there’s a clear argument for them getting involved at an early stage with smart city developers.

PPDR organisations may also benefit from starting to think about the procedures that will be needed for them to make full use of smart city infrastructure, respond to the alerts that it will generate and do so in an accountable and transparent way.