It is impossible to completely describe all of TETRA’s success stories around the world in recent years within this article – there are simply far too many. Germany’s BOS digital radio network –the largest TETRA network is complete, while Finland, Sweden and Norway are working to unite their TETRA networks to create one that exceeds Germany’s in size.

At the same time, the technology is making impressive inroads into North America, as shown by the recent award of its first contract for its use in the US petrochemicals sector and the New York City Metropolitan Transportation Authority’s decision to opt for TETRA.

TETRA has evolved beyond ‘just’ providing instant PTT workgroup communications, with a host of other applications, such as automatic vehicle location (AVL), automatic number plate recognition (ANPR) and the ability to push images of missing persons or suspects to police officers from a control room.

However, the critical communications market is also starting to embrace the potential of public safety LTE, as can be seen by the efforts of FirstNet in the US, the Emergency Services Network (ESN) in the UK and Safe-Net in South Korea, as well as a number of projects in the Middle East. This technology can support a whole new raft of high bandwidth applications, including push-to-video and (network capacity permitting) the streaming of video from body-worn cameras and unmanned aerial vehicles (UAVs) in real-time coupled with video analytics to massively boost control room operators’ situational awareness.

New technology is also creating threats as well as opportunities for today’s mission-critical operators. Given the unrelenting pace of development within the IT sector and the proliferation of hacking incidents, most countries are aware that a secure communications system that ensures the highest levels of security and confidentiality of information, and that can be scaled to support whatever events make take place in the years ahead, is an absolute necessity.

The Kingdom of Saudi Arabia, in light of these global developments in specialised communications systems, realised that it could not allow itself to fall behind in the field of mission-critical communications. It therefore quickly decided to develop Bravo Company, an arm of Saudi Telecom Company (STC), to provide workgroup-based communications solutions and build a TETRA network to meet the requirements of different sectors and achieve the highest levels of security.

The western region was the starting point, where Dr. Fahad Bin Mushayt, Bravo’s CEO, launched a TETRA network to cover the holy sites of Mecca, Madina, Jeddah and Yanbu, and to help manage crowds of pilgrims during the 1438 AH (2017) Umrah and Hajj seasons. 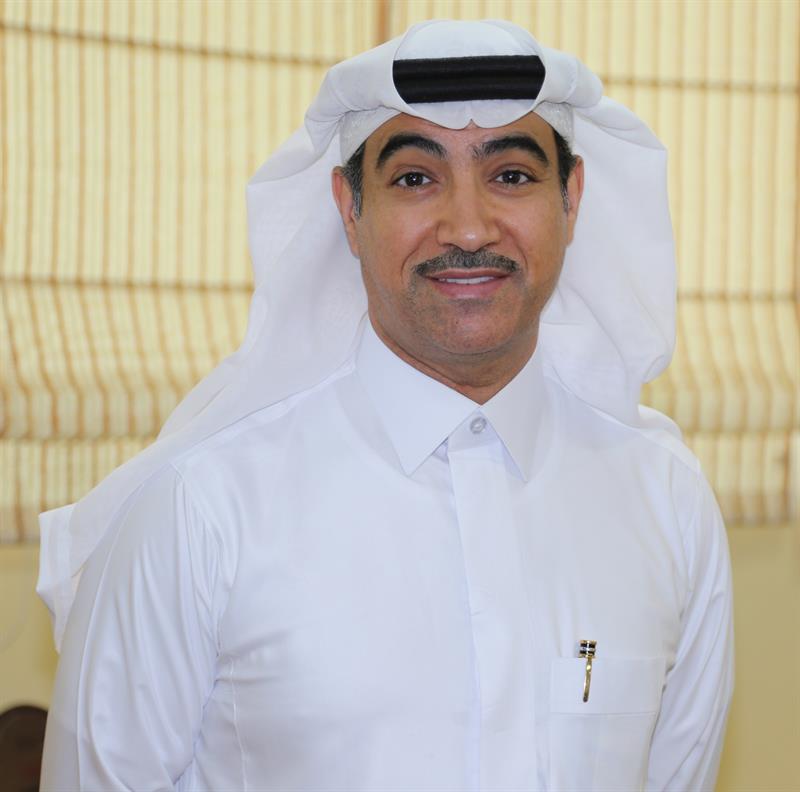 During the Hajj, the Kingdom annually hosts the largest Islamic gathering in the world over the course of just a few days. Millions of pilgrims travel among the holy sites in huge crowds at the same time and in the same place, making great efforts to guarantee their safety essential. To this end, fast communication between the Hajj organisers, health and emergency services are required 24 hours a day during the event without the slightest interruption possible, no matter how congested the commercial networks might be at this busy and crucial time. 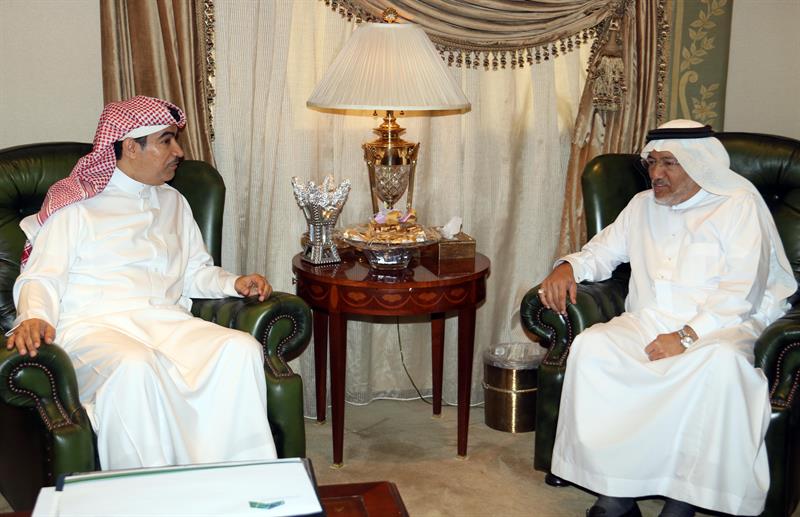 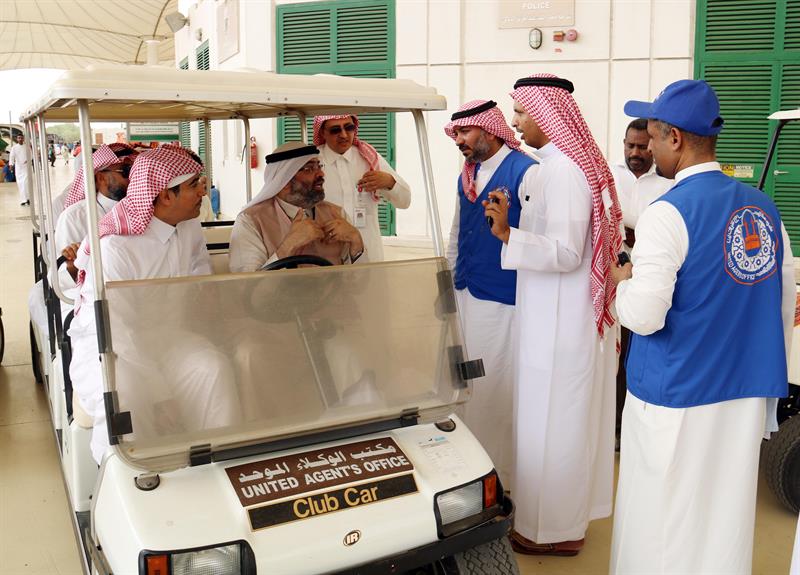 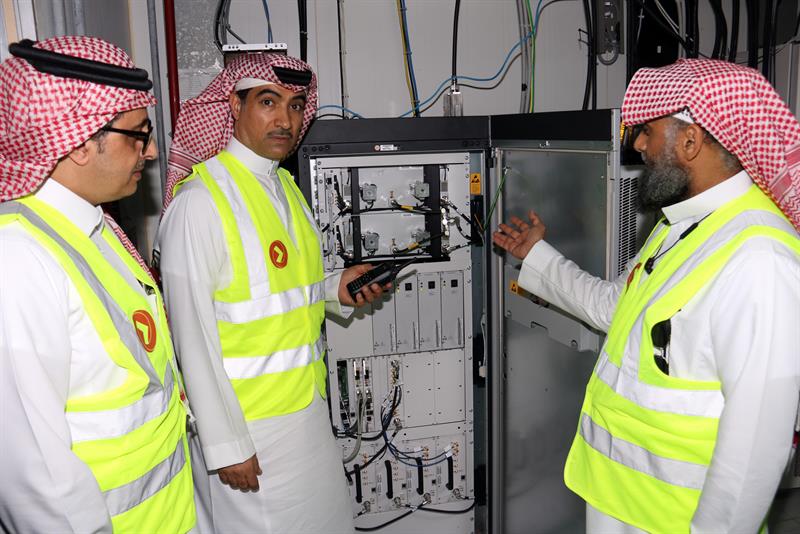 Bravo’s long history of pilgrimage
The past decade has seen increasing demand for the use of Bravo’s iDEN network, to provide secure specialised wireless communications during the Hajj season. It is in the interest of all the companies that supervise pilgrimage missions and the relevant government entities that Bravo is the main provider of communications between special working groups. Bravo annually strengthens its network throughout the holy sites and improves its infrastructure to ensure continuity of service for all workgroups and organisations during the Hajj season.

During the season commercial communication networks are very congested due to the sheer number of pilgrims and the millions of cellular calls they make while they are in the Kingdom. Those responsible for organising the pilgrims therefore require an effective, secure and continuous means of communication, with the highest level of availability, together with location services. For this reason, Bravo is their main supplier, providing communications to all thecompanies that supervise pilgrimage missions as well as government sectors during the Hajj season.

In this context, Bravo’s team led by its CEO Dr. Fahad bin Mushayt toured the city of pilgrims at King Abdul-Aziz International Airport to assess the effectiveness and reliability of Bravo’s services during the Hajj season of 1438 AH (2017). There, he met with a number of leaders of the Ministry of Hajj and Umrah, the Ministry of Health and the Secretariat of the Holy City.

Dr. Mushayt also visited Dr. Faisal bin Qassim, the operations general manager of the Unified Agents Office, one of Bravo’s most important customers, and the contact person between all the various pilgrims services providers.

Qassim praised Bravo for providing services that facilitate communication between working groups, saying: “We have had a successful experience with Bravo over the years, we strongly support it and we hope that it will continue to develop its services and strengthen its network to benefit the entire Kingdom.”

Dr. Atef Hassan Hafez, chairman of the Group of Companies, one of the largest institutions hosting and supporting the pilgrims, said: “The Group’s experience with Bravo during the previous Hajj seasons was undoubtedly a successful experience and this led to our decision to continue to use Bravo’s network and double the number of radio subscription lines we use from year to year. We thank Bravo for its leadership in the wireless sector in the Kingdom, where its solutions and services have had a clear positive impact on the performance of our business, as seen by the rapid communication and completion of the tasks entrusted to the staff of the group. We consider ourselves one of Bravo’s successful partners during its years-long career.”

On his part, the chairman of the board of directors of African Countries Pilgrims, Rami Bin Saleh Labani praised Bravo’s leadership in the wireless communications sector and its distinguished services, which have improved the efficiency of the organisations’ work in the field across all its branches and groups by allowing its employees to easily communicate with each other and better co-ordinate their work. Labani said: “For years, we have considered ourselves one of Bravo’s successful partners.”

Bravo offers its services to the Ministry of Hajj and the institutions of the heads of the sects, the General Federation of Motor Vehicles, Hajj missions and accredited diplomatic bodies for Hajj, as well as the presidency of the Holy Mosques in Mecca and Madina and the Islamic Affairs and Endowments.

Bravo joined the TCCA in September 2016. The Association welcomed Bravo’s membership as its latest active member in the Middle East, praising Bravo’s strength in the region’s critical communications market and its huge investment in upgrading its network in the Kingdom to the latest TETRA and LTE technology.

Dr. Fahad Bin Mushayt, Bravo’s CEO, expressed his appreciation for the honour of joining the organisation, saying: “It is our honour to join the TCCA as a member, as we move forward in transforming and expanding the critical communications market in Saudi Arabia, and we look forward to being one of the most active TCCA members in the Middle East”

The TCCA’s then CEO, Phil Kidner, stressed the importance of Bravo joining the Association. “[The Middle East] delivers some of the most exciting projects in our industry. We are delighted to have Bravo as a member and look forward to sharing their knowledge and experiences,” said Kidner.

A leap in mission-critical communications
Specialised telecommunications solutions are developing rapidly and these are showcased at many exhibitions around the world every year. One example is the Critical Communications event series, which is organised by the TCCA. Bravo regularly attends Critical Communications World, the series’ flagship event (which took place in Hong Kong earlier this year), to see the latest innovations the market has to offer.

Critical communications solutions are rapidly developing, and every year global exhibitions present the latest developments in this field.

These solutions are of great importance to the security sector and emergency services in many fields such as energy, infrastructure, transport, government, defence, public works and healthcare.

Some of their many advantages include reliability, low bandwidth usage and long range, the ability to communicate between different workgroups, and device to device communications for use in emergencies or in areas of poor coverage. All these features are contained within damage-resistant devices that have been specially designed for the harshest working conditions.

The need for high speed data
The emergence of broadband LTE-based networks has led to inevitable comparisons with TETRA’s slower data transfer rates. While they are sufficient for voice communications and several specific data services (for example, retrieving information from a database of car plate numbers or ID cards) the digital transformation of public and security services has created more stringent requirements in terms of data usage, voice and multimedia integration, as well as the need for real-time data analysis – all of which require broadband data networks.

For this reason, Bravo’s network development plan does not stop at narrowband communications. However, it still has much to do in terms of the development of specialised communications systems and providing all the Kingdom’s regions with these to serve the needs of their security, industrial, health, and petroleum sectors, as well as those of public utilities, public transport systems, airports, and ports.

Bravo is seeking to address these parties’ needs through the creation of a national unified mission-critical specialised communications network managed through its control rooms.

Emergency services are beginning to use both paging and broadband technology to contact staff, albeit with the use of the latter proving problematic. ...

Critical messaging specialist Secapp has announced its membership of TCCA.