Public safety features for LTE: The story so far

As the final touches are being made to 3GPP Release 13, Erik Guttman, 3GPP TSG SA chairman, shares his perspective on the development of public safety features for LTE

As the final touches are being made to 3GPP Release 13, Erik Guttman, 3GPP TSG SA chairman, shares his perspective on the development of public safety features for LTEÂ 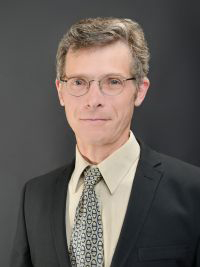 TETRA Today: What were the biggest challenges involvedÂ in developing and standardising public safety features for Release 13?Â

Erik Guttman: We brought a diverse set of actors together, each of whom was extraordinarily competent in their individual tasks, to attempt (within one year) to produce a standard for mission-critical push-to-talk that would be global in nature. The principal initial challenge was to take the folks from North America, Asia and Europe and bring them together - not only the community involved in P25 standardisation, but also Open Mobile Alliance (OMA), TETRA and very specific public safety deployments in various parts of the world, with regulators from different countries present to identify requirements for the project.Â

Those requirements came together through the course of Release 12 and Release 13. The challenges when we started the actual work included focusing on the use cases that were most essential; so we have group call, group communication control, private calls and a large array of specific forms of communication and control that had to be discussed in terms of what granularity the control was, what sub-function, what time and in what way these configurations would be applied.Â

Another challenge was applying 3GPP technology to the problem. Rather than simply adopt it, we understood the need to identify what was really essential about sub-signalling, so you'll find that rather than talking about an IMS sub-system, the specifications discuss a SIPCore, and this is to focus the work on essential interfaces and communication aspects.Â

There were a number of technology areas that I would consider to be critical and ancillary. Critical as without their support we would not have been able to fulfil the requirements, but ancillary as these were separate projects and the degree to which we had to modify those technologies or interact with the design of them was minimal.Â

IOPS, which allows for an eNodeB to function completely autonomously in a disaster scenario or remote deployment, is a good example. Also, the proximity services functions that are necessary for various deployment requirements function because of the work we have done in Releases 12 and 13 without need for enhancement at bearer/infrastructure level.Â

TT: Were there any controversies or differences in opinion?Â

Guttman: We had some diverse views because we started from different positions. The OMA Push-to-Communicate for Public Safety (PCPS) work matured quite a bit, as did the ETSIÂ TETRA and Critical Communications Evolution (TCCE) work. 3GPP is not only a global standard for LTE but builds the basis upon which broadband mission-critical applications can be built.Â

Mission-critical push-to-talk had matured quite a bit really in the community, so it took a bit of work before everybody was on the same page. All of the controversies that arose came from that basis; for example, in IMS signalling, whether or not it's going to be a reuse of IMS or a sort of design-from- scratch SIP-based interaction. It became clear that it would be a reuse of certain 3GPP technologies purely out of expedience and integration. IMS is nothing more than full integration of voice-over-IP SIP-signalling, with all of the functionalities and capabilities and media handling in the 3GPP system that took more than 10 years to standardise.Â

TT: LTE is an asymmetrical service in that the downlink is faster than the uplink. However, in some mission-critical use cases, a user may need to quickly send video back to a control room or a colleague. How are you addressing this?Â

Guttman: For almost any application the downlink is more important than the uplink. If there are individuals who are a source of data that is deemed critical, there are priority mechanisms that will ensure that they are the ones who are able to talk. For video uplink in a contained environment the priority mechanisms will be available and applicable to them so that the highest priority streams will be selected and the others may not have the resources to transmit.Â

TT: What are your views on the challenges that will face those who are adopting public safety LTE ahead of Release 13, such as the UK and South Korea?

Guttman: There's always the magic triangle of features, cost and speed - if you try to cut one of them you increase the others. So here you're looking at increasing the speed, and then you have problems with the cost and the features.Â

Standards are about interworking and developing markets, but markets sometimes develop ahead of standards. Those who want to adopt the standard but begin their deployments beforehand are no longer going to be adopting a greenfield technology - they've already adopted something and they need to migrate as one does through any successive versions of releases to the evolving standard. Whereas someone who adopts later when there's a mature standard and mature products would have a somewhat easier time of it and maybe have cheaper products in the end.Â

TT: When Release 13's features make their way into devices, to what extent will they feel similar to TETRA end-users?Â

Guttman: The MCPTT mechanisms that we're developing in 3GPP will be familiar in the sense that they have the same basic functions. In many LMR and PMR deployments specific arrangements were made for a range of features, and this great diversity and specialisation of deployments will not exist in Release 13 as it will be a common set of features that are designed from the beginning to interwork. However, there will be nothing to stop anyone from adding additional features and functionalities. This is always the case with 3GPP functionality - we just define interworking and leave it to vendors and customers to specify any additional functionality they want for their deployments.

The question is whether or not people are targeting economies of scale; larger-scale terminals that support MCPTT would be of benefit to the whole industry in terms of being able to deploy more off-the-shelf equipment - this was the idea earlier on. When that's realised, we'll have to see...Â

TT: Which of the new features will be most challenging for the manufacturers to implement?

Guttman: There's a tremendous number of specifications being created all at once. We haven't seen this level of productivity in 3GPP in quite some time. Simply adopting this is going to be a piece of work - a lot of this is standards that were developed in OMA-POC (push-to-talk over cellular) that are being modified; there are a whole range of security mechanisms that have been identified for these different scenarios and entities. We have rather extensive use of Multimedia Broadcast Multicast Services. These are mechanisms that have been developed over the past two releases, and so developing robust services on top of them will be a worthy effort by vendors.Â

I think there are ongoing discussions right now about which codecs to use - this is an area that is challenging to 3GPP and the vendors involved and we hope to get that resolved.Â

There are and were many regulatory environments involved, and to satisfy all their concerns as more and more regions adopt this is a problem that will not go away. Each country has its own considerations and we'll have to meet those.Â

TT: To what extent has 3GPP looked at the use of in-vehicle small cells with mesh networking?

Guttman: This has been discussed rather extensively in 3GPP. Some aspects of the 3GPP suite of services and capabilities will address this in Release 13. For example, we have IOPS, which allows for fully disconnected services - you can provide services and coverage from a portable platform. That said, limited connectivity scenarios that might provide some backhaul but not enough to support all the services are not yet supported in Release 13. Some of the ideas that people brought for more of a relay architecture were not added. We do have some relay capabilities now for proximity services to allow the traffic from a terminal to be relayed to the network through another terminal by means of proximity services - a two-step mesh if you will.Â

3GPP standards are incremental, we accrete functionality over time and this is the first release. We have quite a lot of functionality as you can see, but the standards do have room to grow in this area and many others.Â

TT: What mission-critical video uses are you addressing?Â

Guttman: The issue is to respond to incidents; one needs information. A certain amount of information can be gathered through remote telemetry or voice, but really clear information is conveyed visually. A large number of the use cases aren't even cameras that people are carrying, such as surveillance cameras, which can be in places where people cannot be. Some of these scenarios involve remotely controlled drone-mounted cameras that would also allow for investigations where it might not be safe enough for officers. In general the use of video for critical communications has been desired for quite some time and it simply is not feasible over PMR and LMR networks.Â

TT: What are your thoughts on the future of public safety communications?

Guttman: There's a point of intersection between what we're describing here and some of the technologies that fall under the rubric of 5G. Critical communications is an activity in 3GPP largely focused at the application level with the understanding that as facilities are required of the basic infrastructure those can be developed, there can be enhancements - but the entire goal was to leverage the existing deployments, coverage, featurefulness and economies of scale that we have in our telecommunications infrastructure.Â