Latin America is predicted to be the fastest-growing region in the world as far as TETRA usage is concerned. Sam Fenwick has the details

Latin America is predicted to be the fastest-growing region in the world as far as TETRA usage is concerned. Sam Fenwick has the details 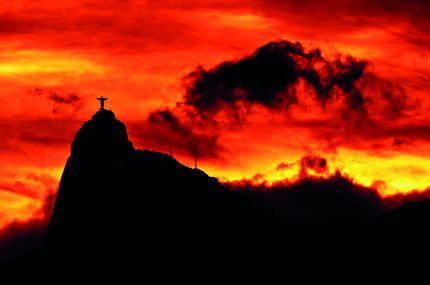 Latin America’s ongoing struggle to achieve the same prosperity as its northern neighbour continues to be a difficult one, with 2016 seeing the region’s third-lowest growth in 30 years. Despite a young population (when compared to Europe and North America), the IMF predicts the region to grow at a modest rate of 2.6 per cent from 2019 onwards in the medium term. The region continues to suffer from political uncertainty, particularly in Venezuela – which is showing signs of hyperinflation – although economic recovery is well under way in Brazil and Argentina. Despite the above, it continues to be a bright star in the firmament when it comes to critical communications.

“TETRA has historically been the most successful digital Licensed Mobile Radio (LMR) technology in Latin America, and has been particularly strong over the past few years despite pessimistic economic conditions, increasing its number of TETRA users by half,” says Ryan Darrand, senior analyst II at IHS Markit.

This trend looks set to continue. “The region is forecast to be the fastest-growing TETRA market between 2016 and 2021, increasing its number of active TETRA users by double digits year on year,” he adds. IHS Markit also expects the TETRA user base in the region to nearly double over the next five years, and Darrand explains that “large-scale projects such as the expansion of the Panama Canal, the World Cup and Olympics have promoted the adoption of TETRA in the region, and the investment in TETRA infrastructure will further encourage the cycle of procuring new and replacement terminals”.

One of the reasons for TETRA’s popularity in Latin America is its data capabilities, says Hebert Sedas, director of sales, Latin America at Cobham Wireless. “When they launched the Peru TETRA network, that was one of the main features – being able to transmit pictures from the local police on the street to the control centres. And in Mexico, they have all the smart cameras on the streets, and now they send the pictures to the police [during incidents] or if [they are] trying to find a criminal activity. That kind of application is being used right now widely in the market.”

Jockeying for position
Given that the region represents a tasty and growing prospect for TETRA manufacturers, it is not surprising to see them step up their efforts to grab a larger slice of the pie, and a fair number of recent announcements have highlighted Latin America’s importance to the vendor community.

DAMM has recently established a presence in the region with the appointment of Gilson Pozzati as its regional manager, who works out of São Paolo, Brazil. “DAMM as a leading TETRA infrastructure provider establishing a presence in Latin America signifies strong investment in the region, and growth in the terminal market will likely follow,” says Darrand.

Back in March, Airbus Defence and Space signed an agreement with RicallRadio Telecomunicações Ltda, a Brazilian reseller and, according to Airbus’s Fred Gallart, head of sales and programme delivery in Latin America, “one of the largest Brazilian PMR integrators in the field of critical infrastructure and transport”. Through RicallRadio, Airbus is looking to provide TETRA, Tetrapol and also broadband solutions in the form of its Tactilon Suite portfolio.

However, perhaps the most noteworthy move in the region has been Motorola Solutions’ decision to buy Interexport, which provides managed and support services for communications systems to government agencies, public safety and enterprise customers in Chile. While this is a step up from the long-term partnership between the two companies, its impact could be significant, given a statement by Greg Brown, Motorola Solutions’ chairman and CEO: “We will build on Interexport’s proven network and service delivery platform to expand and diversify our Managed & Support Services business in Chile and throughout Latin America.”

Cobham Wireless’s Sedas says: “Motorola Solutions has been struggling to keep up in the market, it has been able to secure a few key projects in the market [and] it is also jumping back into the services area and has acquired several companies in Latin America to do that.” He adds that Cobham is working with Motorola on “several key projects”, and he expects it to be able to “counter whatever the competition is doing” through its new strategy of providing a full end-to-end solution, rather than one focused on products. Sedas also says the market is still digesting the impact of Hytera’s acquisition of Sepura, and adds “it’s going to be interesting to see what other companies will do to compete against [Hytera]”, given its new stronger position in the market and its ability to provide end-to-end solutions.

While they have not recently publicised any change in their commitment to the region, it is worth noting that Rohill and Leonardo have recently won business in Latin America and the Caribbean. Rohill was awarded the upgrade of the existing mission-critical TETRA network in the Antilles operated by C3 (Critical Communication Caribbean) back in January. In November 2015, it signed a contract to expand The Ministry of Interior in Uruguay’s public safety TetraNode TETRA network.

Leonardo was commissioned in April by the Government of the City of Buenos Aires, in collaboration with Telecom Argentina, to install a new TETRA communications network for use by the Policía de la Ciudad de Buenos Aires. The contract covers the infrastructure (including more than 50 base stations) to serve more than 15,000 users and related maintenance services for the next four years.

Cobham Wireless delivered the TETRA system for Rio’s metro Line 4 prior to the Olympics and, according to Sedas, is waiting to be called in to complete the project’s last station (which was not of the pre-Olympics scope). Sedas adds that Cobham was awarded a similar project to provide a TETRA system to a new metro line in São Paulo two years ago, but it has been delayed due to the political uncertainty caused by the impeachment of president Dilma Rousseff and the controversy over her successor and former vice president, Michel Temer. Sedas says: “Brazil is very big, there’s a lot of big opportunities like those that are coming up, but it is taking a little bit longer than expected due to the political and economic situation in the country.”

Sedas also sees opportunities for Cobham Wireless (which supplies in-building DAS infrastructure for cellular and public safety use) in Argentina, Lima, Ecuador and Mexico, noting the latter’s new international airport, which is under construction and will require in-building connectivity for public safety users.

Blowing LTE bubbles
While Latin America is clearly a TETRA hotspot, could the same be true for public safety LTE, given the region’s terrain, low population density and perhaps a more cost-sensitive environment than that seen in the US? Jesus Gonzalez, analyst, critical communications at IHS Markit, highlights the “vast differences in the level of investment in infrastructure between the countries of Latin America” and says his company projects that most of the growth of mission-critical private LTE will come from countries such as Mexico, Brazil, Colombia and Chile.

“Nonetheless, there are other countries such as Ecuador, Trinidad and Tobago, and Venezuela that are in talks or already trialling mission-critical private LTE as a source of voice and data communications.”

He notes the efforts to assign spectrum and carry out trials in many countries, “with most of the demand boosted by countries such as Brazil, where hosting the 2014 World Cup along with the 2016 Olympics was driving continued investment in improved communications”.

IHS Markit estimates that there were 7,000 devices on private LTE networks at the end of 2016, across all mission-critical verticals. Gonzalez believes that initially public safety organisations in the region will deploy LTE bubbles, with one potential use case being a portable LTE-based operations kit to provide “tactical communications, video and information on the ground, and seamless reach back to command and control (C2) points”.

However, he sees nationwide rollouts as “very unlikely”. “Only Mexico, with its Red Compartida, could potentially turn into a shared (with commercial users) nationwide network that provides dedicated access to mission-critical users through MVNOs or commercial operators. However, Red Compartida is primarily for commercial sale and not dedicated to public safety.”

To give this some additional context, Gonzalez adds that in November 2016, Mexico’s Secretariat of Communications and Transport awarded its 20-year procurement for the Red Compartida 700MHz wholesale wireless broadband network to Altan consortium (Axtel and Megacable). The project, which will be built using technology from Huawei and Nokia, is anticipated to cost around $7 billion. Huawei will lead efforts in the central/southern states (six to nine regions), while Nokia will do the same in the northern states of the country (one to five regions). Although Red Compartida is designed to provide wholesale consumer broadband services, it might also serve public safety and other critical-infrastructure user groups.

With Europe’s biggest TETRA networks now rolled out and the technology locked out of China’s huge public safety market, it is perhaps unsurprising that we’ve seen moves by some of the big players to better position themselves to take advantage of Latin America’s hunger for critical communications technology, which is fuelled by a combination of investment in new infrastructure projects and the need to ensure public safety in a region that has significant challenges in this regard. The race is on – may the best company win.