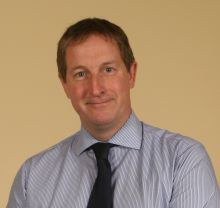 Why have you decided to establish the International Critical Control Rooms Alliance? What’s the background of the organisation?

The decision initially came from feedback received from delegates of pre-conference workshops at different TCCA events. I’ve been helping to run them for about seven years.

I think it was at the Critical Communications event held in Vienna in 2013, where we examined how changes in technology affects control rooms. I reported back to the main congress, and someone stood up and said it’s all very well talking about these things, but what were we actually going to do about it?

I thought about it, and realised there was nothing that existed at the time dealing with issues in a proactive fashion, and certainly nothing involving control room officers and staff themselves. Clearly, the TCCA, EENA, BAPCO and so on are all amazing organisations, but they tend to be very niche and very focused on the technology itself. That leaves a gap that needs to be filled.

Ultimately, we want to look at the experience of being in a control room from the perspective of everyone involved with them. In the same way, our aim is also to take into account as many sectors as possible, which obviously includes public safety and the emergency services, but also utilities, transportation and so on. They’re all critical, and they need someone to fight their corner.

How far forward are you in terms of setting the group up? What has been the buy-in from the professional comms organisations that you mentioned?

Following some early discussions in Europe, the TCCA invited us to form the group under its wings. They’ve been incredibly helpful, giving us access to their admin set-up and online capability, and have now pledged to provide funding to get the alliance off the ground. We’re also getting attention and support from EENA, APCO International, British APCO and others.

In terms of how far along we are, we’ve developed an online presence that is going to go live in late September, and we’re just starting to accept members now. We’ve already held our first webinar in the summer, the title of which was ‘The critical control room of the future’.

How is ICCRA going to differ from the Critical Control Room Working Group?

I think as much as anything, the group will just be more effective in terms of its organisation. We started the original working group in 2014 but didn’t get very far, primarily through people not being able to commit enough time to the project. We also didn’t have an online presence, something which doesn’t really work if you’re going to pitch yourself as an international alliance.

What we’re doing now is very much an evolution of what the initial group represented. It’s a rebrand and
a relaunch with a significantly stronger team.

Who else is involved in the group in terms of leadership personnel?

My vice chair is Chris Dreyfus-Gibson of PA Consulting, who is massively experienced having run British Transport Police’s control room. He contacted me and said that he wanted to be involved.

As I mentioned, the idea is to represent all aspects of control room working, as well as all sectors and countries. Our leadership team more broadly reflects that, with people like George Rice [executive director of the US-based Industry Council for Emergency Response Technologies], and Ged Griffin, who’s the visiting fellow at the Australian Institute of Police Management. We also have Sarah Wilson, head of the North West fire control centre in the UK.

We want to focus heavily on the working environment and ergonomics, which is why we wanted to get Dave Watts of CCD Design on board.

What are the main issues currently facing the sector? What do you plan to focus on in particular?

Control rooms are high-stress environments, and as such the workforce needs to be looked after, trained and equipped appropriately and so on. If we can get that right, then staff retention and motivation will follow. That’s not always the case at the moment, and we think we can help.

With that in mind, one of the main things we want to achieve at the very beginning is to raise awareness of people issues, which is what the next webinar – ‘Motivating the workforce’ – will be about.

We want to see if the critical control room sector can learn anything from our private sector colleagues about gaining buy-in and improving the environment. Ultimately it all comes down to whether the person sitting in the control room feels valued.

How much attention do you plan to pay to the technology aspect?

Technology is clearly a vital area when we’re talking about control rooms, and there are some massive developments going on at the moment. That said, I’m very keen to differentiate ICCRA from BAPCO and EENA because we’re not primarily about the tech.

In my experience, the main challenge in a control room environment is getting people in their seats at the right time of day to manage the demand. I would say that only about ten per cent of any issues come from the technology itself, which, if it’s set up properly, tends to be fairly straightforward to deal with.

ICCRA needs to pitch itself at the right level to speak to the critical control room officers and operators. They don’t need to know about algorithms supporting TETRA security but they do need to understand best practice from around the industry and the changing technical trends.

You mentioned ergonomics earlier on in the interview. Is comfort and ease of use becoming more of a focus in control room design?

It is. There’s a real effort being made with control rooms now, boiling down into different aspects of the environment to make it more pleasant for the people who work there. That could include something as simple as having a locker and a place to make a cup of coffee, to desk-space ergonomics and the design of the control room itself.

Design companies are currently going to extraordinary lengths to make sure that staff are taken on the whole journey, from conception to installation. For instance, when it was designing the new South Western Ambulance control room in Bristol, CCD mocked up the whole space using cardboard. The same company also installed the control room at CERN in Switzerland, which we hope to visit during our congress in Geneva in December.

Is the attitude towards control room staff on the part of management becoming less ‘top down’ than it used to be?

I think so, at least to a degree. In the past, these guys were mainly given the technology and told that this is what they were going to be using. I’m sensing that control room staff are becoming increasingly involved in the decision-making process, certainly far more than they have been in the past.

Earlier in the interview, you mentioned being proactive. Is there going to be a lobbying element to ICCRA?

There will be a lobbying element certainly, although it’ll probably be the last thing we’re able to get sorted. The early member benefits will be more in terms of support, information and notification.

Any lobbying effort is difficult to get off the ground straight away, because before anything else you’ve got to develop a groundswell of understanding, both of what the issues are and what the will is to tackle them. It’s OK if you’ve had a couple of workshops to decide that procurement needs to change, but then you need a collective voice before you can act with any confidence.

It’s further complicated for us because we’re an international organisation, so we could be looking at a purely European issue, or something that affects everyone globally. We have to get an appreciation of what the wider membership feels and wants.

What has been the initial response from people within the control rooms sector?

Really positive. The first webinar we ran attracted interest from more than 130 people.

Who were the webinar attendees made up of in terms of nationality and job function?

They came from all over the world, representing both the supplier and the user side – there were probably more suppliers than users, but not absurdly so. In terms of market, it was predominantly public safety, but we also had air traffic control and utilities people as well.

What are the next steps for the organisation?

The next big thing for ICCRA is our congress in Geneva. Again, we want the content of that to represent a broad cross-section, so we’ll have a public safety keynote speaker, but also one related to transportation or air traffic. We’ve also got our next webinar in September.

It’s a truly exciting time to be involved in critical control rooms. We think that ICCRA can play a major role in making them as successful as possible.

Registration has opened for the 2023 annual British APCO Conference and Exhibition, which is taking place next March in Coventry.