The Hytera Multi-mode Advanced Radio PTC760, along with value-add broadband applications installed in the Integrated Command and Control Center (C4i), were in operation during the visit

For the very first time in Peru, Hytera Mobilfunk GmbH Sucursal del Perú implemented a unified communication solution for critical voice and broadband data services for some Peruvian first responder organisations. The solution included TETRA and DMR equipment, the Hytera Multi-mode Advanced Radio PTC760, and value-add broadband applications, which were installed in the Integrated Command and Control Center (C4i) and in operation during the visit.

Pope Francis visited the cities of Lima, Puerto Maldonado and Trujillo. To improve situational awareness, the PTC760 terminals deployed during the visit were able to quickly and effectively stream video from the field and combined narrowband mission critical communications with LTE broadband’s data throughput. “Hytera’s PMR-LTE radios are a revolution in the world of professional mobile radio communications. They allow their users to operate highly effectively with instant feedback and informed decision making – this fits perfectly with the requirements of such an event like the pope’s visit”, says Frank Pauer, deputy CSO at Hytera Mobilfunk GmbH.

Hytera provides seamless communications at final mass
Furthermore, the visit of Pope Francis was a clear example of how TETRA is being used for enhanced communication at mega events. More than 1.3 million people flocked to the Peruvian airbase of Las Palmas, in Lima, to attend the final mass held by Pope Francis, and the Hytera TETRA system built and operated by the Peruvian National Police was used by more than 8,000 users to ensure seamless communications between all the public safety organisations. 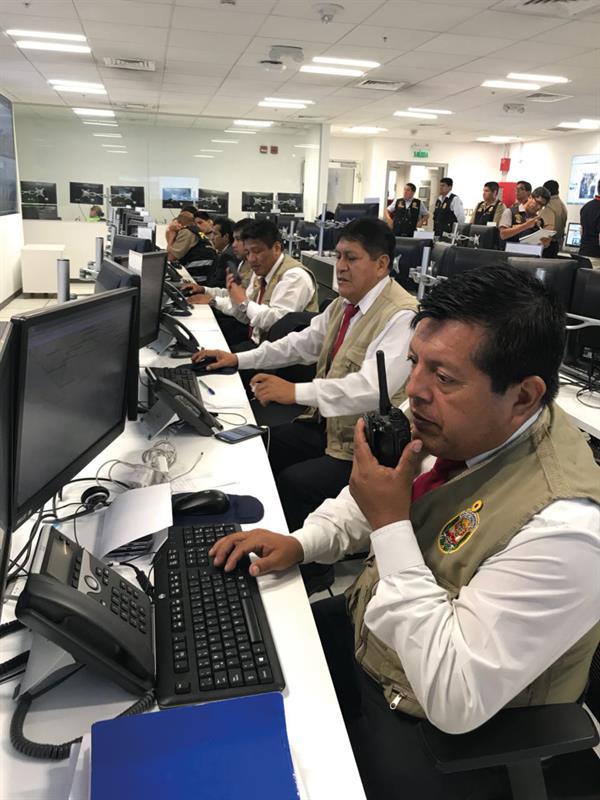 In addition, another TETRA network created especially for the event by a Peruvian mission critical operator was equipped with more than 200 PT580H Plus TETRA portables to provide seamless communication to the volunteers in charge to internal security in the final mass hosted in Las Palmas Airbase.

“We are proud to have supported the biggest event organised in Peru. Securing narrowband voice communications with TETRA and DMR technologies and deploying our innovative LTE convergence solution to secure the more than 1.3 million attendees for the mass in a small area was a big challenge and success for our team,” says Luis Perez, head of Hytera Perú.

PTC760 – The bridge between TETRA and broadband
Hytera’s revolutionary LTE/TETRA hybrid radio – the PTC760 – is the first of its kind to provide a truly convergent platform for the transmission of critical voice communications and LTE broadband data services. It interconnects the two technologies to form a converged solution to allow users to enjoy the best of both worlds: PMR is best to deliver voice applications, including group and emergency calls, and 4G LTE provides fast data services to support a multitude of applications

Whether it’s machine-to-machine (M2M) or Internet of Things (IoT) data sharing of images and streaming video from the field, or even interrogating databases and roaming between sites, the Hytera multi-mode handset offers advanced functionality and flexible communications. Converging on one device means staff does not have to carry two separate handsets to access the best in voice and data technology.

Further information about Hytera’s newest products and solutions can be found at: www.hytera-mobilfunk.com