With the TCCA's Critical Communications Middle East and Africa (CCMENA) event in Dubai fast approaching, we caught up with TCCA chair Mladen VratonjiÄ‡ following the TCCA Board meeting that took place this week. 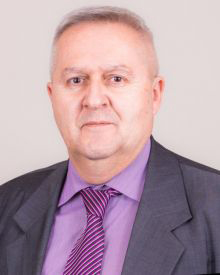 With the TCCA’s Critical Communications Middle East and Africa (CCMENA) event in Dubai fast approaching, we caught up with TCCA chair Mladen VratonjiÄ‡ (pictured right) following the TCCA Board meeting that took place this week.

TT: What are you expecting from the CCMENA event this year?

MV: TCCA’s CCMENA is firmly established as the key critical communications event for the region, so we expect an exhibition filled with the latest innovations. This part of the world has for some time been a centre of excellence, where users and operators are not afraid to take on new technologies and challenges. For the conference, we have a keynote from Dubai Police looking ten years into the future, supported by a two-day programme covering advancements in mobile broadband, TETRA, interoperability, hybrid networks, the IoT, voice, video, data analytics, the critical cloud and cyber security – so there will be great deal of expertise to share, and a huge amount to be learned.

TT: The critical communications market is undergoing significant change worldwide – what is the potential in the MENA region?

MV: According to IHS Markit, the Middle East will be one of the most digitised PMR markets in the world by 2021, with more than 90 per cent of users converting to digital communications, so there is huge potential. With new TETRA networks being deployed, as well as private LTE networks and hybrid models, the region is a catalyst for developments in critical communications that resonate around the world.

TT: You will be travelling to CCMENA just after the September TCCA Board meeting - what was on the agenda?

MV: Much Association business – we have many activities planned and in progress to drive and support the development of critical communications worldwide, and to ensure we are doing the best possible work on behalf of all our members. To that end, we have co-opted two new Board* members to support us with our wider agenda and remit going forward. They are Ari Toivonen, representing the UK Home Office Emergency Services Mobile Communications Programme (ESMCP), and Philippe Agard from Nokia, representing the newly formed TCCA Broadband Industry Group (BIG).

Ari is the Home Office’s spectrum and technology strategy manager – he was very much involved in the the delivery of the Airwave service and is now involved with the Emergency Services Network project, providing strategic and technical guidance on various aspects of the mission critical communications landscape . He is also the current chairman of the UK’s Public Safety Spectrum Policy Group.

Philippe, who is Nokia’s global public safety and defence segment leader, was elected chair of the BIG just three weeks ago. The establishment of the BIG provides an important new voice to highlight the benefits mobile broadband can offer to first responders and other critical communications professionals.

We look forward to the contributions of Philippe and Ari, to learning from their expertise and to sharing the immense amount of critical communications knowledge that resides within the Association.

It was also the first Board meeting for Tony Gray, our new chief executive, who laid out his plans for the future, and we took the opportunity to say a formal farewell to retiring CEO Phil Kidner, and share the many tributes to his work that we have received from all over the world.

TT: These two new Board members are broadband-focused – are you diluting your work in the TETRA market?

MV: No – on the contrary, a wider membership representation on the Board means we can focus our work more directly - on purely narrowband enhancements and development, on critical broadband evolution, and on interworking between PMR and broadband networks – because for some time into the future the hybrid networks will be connecting the two worlds.

The TETRA standard is established, proven and consistently popular. IHS Markit figures show that its market is strong and expected to remain buoyant – particularly in MENA, which accounted for some 20 per cent of global TETRA shipments in 2016. As an example related to the region: a brand new TETRA network recently provided secure communications around the Islamic Holy Sites of Mecca and Medina in the Kingdom of Saudi Arabia during the Hajj. Therefore we look forward to TETRA continuing to provide a topic of much learning at CCMENA.