BWV for ambulances: the camera eye

Of all the ‘new’ technology that has been rolled out by first-responder organisations in recent years, perhaps the most impactful in terms of frontline use has been body-worn video.

This has been most obviously demonstrated by the avenues opened up by the solution – at least in a police context – when it comes to providing new forms of visual evidence. In cases where BWV footage is presented, the jury is now able to not just hear about what went on but also see it, from the privileged point of view of the officer on scene.

Perhaps even more profound, however, is the impact that BWV has had on behaviour, something else that is a key, but often forgotten, part of the business case. Clearly, this means the public themselves, who are anticipated to act much differently than they normally would once they know they are being recorded on camera.

At the same time, emergency services staff themselves are now also being held to a higher standard, by virtue of exactly the same principle. This is something that has been recognised by NHS England in the UK, which has recently made the decision to roll out BWV to all ambulances across the country. 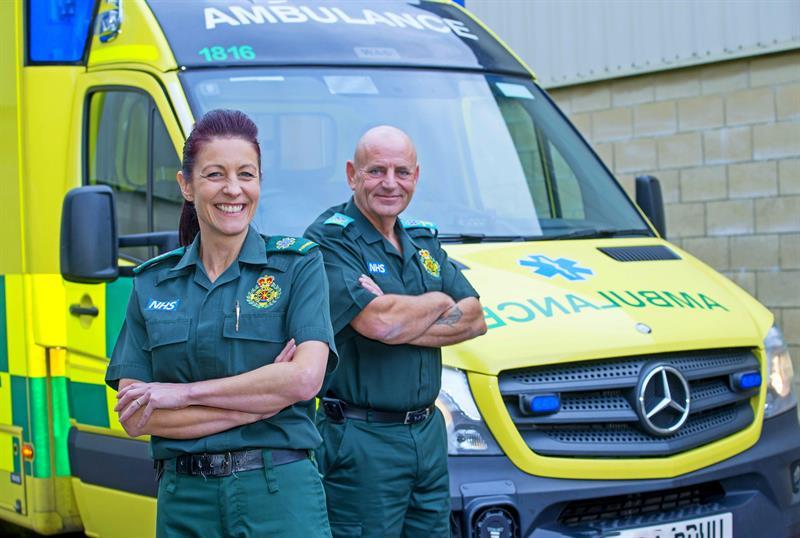 The equipment in question – both front and back end – is being provided by Motorola Solutions, which announced the deal towards the start of the summer.

According to a press release issued by Motorola at the time, the roll-out consists of its VB400 cameras, features of which include “full HD recording in 1080p”, as well as “long battery life” for use across a full shift.

These in turn have been coupled with the company’s Video Manager software which, in Motorola’s words, offers “a seamless, intuitive and highly configurable software experience”.

Going into greater detail about the NHS England roll-out, head of mobile video at Motorola Solutions, Richie McBride, says: “The initial stage took place via a proof of concept and trial, initially involving London and North East ambulance services. That was basically to prove that the cameras were going to be useful to the paramedics in the course of carrying out what can be an extremely stressful job.

"In the first instance, the footage stored on the camera enables an independent, objective witness of any escalating situation. At a time when attacks on ambulance crews are increasing, it gives those on the frontline a feeling that someone is on their side, watching out for them.

“For a lot of people who do jobs on the frontline, it’s simply a matter of finding a way to say ‘Look, you’re dealing with a real person here and I do feel threatened by how you’re behaving’. Having the cameras makes them realise that they are not alone.”

"It [BWV] gives those on the frontline a feeling that someone is on their side, watching out for them"

While the use-case is broadly similar to other parallel emergency services roll-outs, the details of the deployment in question are very much specific to NHS England.

Describing a typical NHS England set-up, McBride continues: “They’ll generally have a pool of cameras in a muster room, in the same location where the paramedics pick up their radio at the beginning of the day. They’ll sign them out by beeping their ID card onto the tray of cameras.

"The cameras generally aren’t individually assigned, so at that point the system will select the camera which the paramedic in question is going to use that day. They then clip it onto their uniform, which tells the system who has the device and what time it was assigned. From that moment on, the body-worn camera is active and video can be recorded. As the camera and back-end system are encrypted, footage is securely captured.”

According to McBride, once the shift begins, crews have the ability to manually switch the camera on if they feel threatened, rather than simply keeping it on all the time. The subsequent recording is stored on the unit itself, which is then docked and the footage uploaded once they get back to base at the end of the day.

Another element of the functionality described by McBride, meanwhile, is what he refers to as “peer assist recording”, the use of which automatically turns on the cameras of every other responder on-scene or on their way to the scene.

“Imagine you’re a police officer that’s been called to an incident. Once you arrive, you might start recording, as well as putting in a call for assistance on your radio, at which point everyone else’s camera will switch on when they arrive, giving multiple views of the scene. That can be invaluable.

“In times of extreme stress, it’s important that emergency services personnel can focus on the situation in front of them, instead of having to think about how to use various pieces of technology. “First-responders’ jobs are demanding enough as it is. Therefore, their technology should work seamlessly, and intuitively support them, without distracting them from the situation at hand, and the people they need to take care of.”

Since it started developing the technology, Motorola Solutions has been involved in body-worn video camera roll-outs across a variety of different sectors. This includes not only in the emergency services realm but also parking enforcement, as well as retail, for instance via a recent contract with supermarket chain the Coop.

With that in mind, how does McBride anticipate the technology evolving in parallel with the seemingly ever-expanding number of environments into which it is being rolled out? 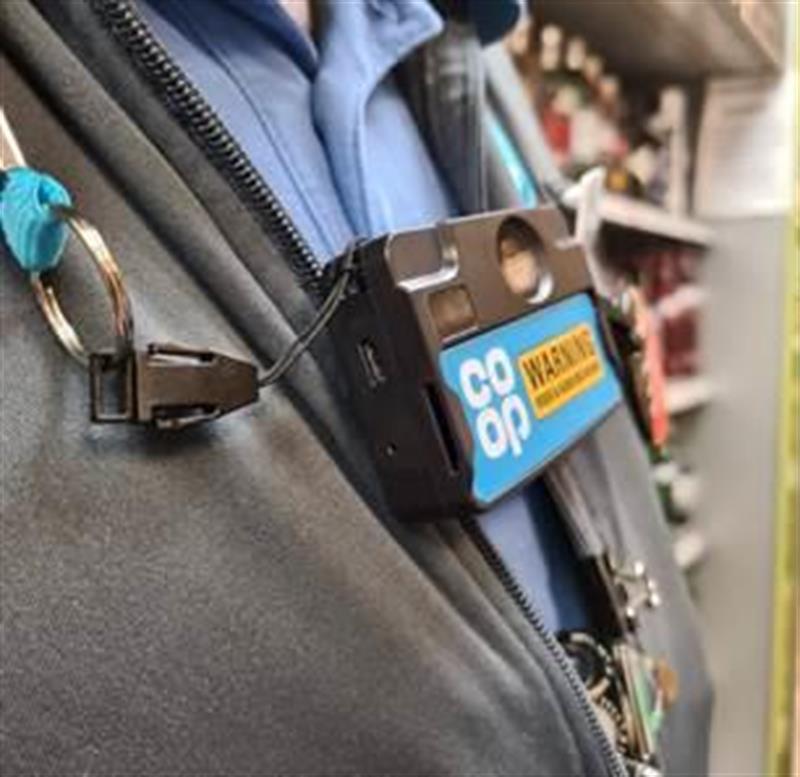 Would there ever, for instance, be a business case for streaming live footage, something which you imagine would become increasingly an option for the emergency services when using broadband?

“That’s certainly the case if you look at streaming, which is more suitable for some environments than others. “

Thinking specifically of emergency services organisations, I’m not entirely convinced of the need for real-time streaming back to the control room, given that personnel on the ground already possess a TETRA radio with an emergency button. The other side of that is do we really want the person in the control room taking time to watch footage being streamed live across a whole incident?

“Having said that, there are specialist cases where I think live streaming from the scene could be a really good idea, for instance during a hostage situation. If I’m a hostage negotiator, it could potentially be incredibly useful to stream back to the Gold commander, in order to give them as much situational information as possible.”

One environment where McBride does see live streaming being of use is in retail. He illustrates this through the use of another hypothetical scenario.

“Imagine that it’s late at night and you’re a shop assistant, and you decide to decline to serve a customer because they are misbehaving,” he says. “In those circumstances, video streaming could be initiated via the in-shop Wi-Fi, through to the business’s alarm receiving centre, who could then keep an eye on what is happening.

“Obviously, there’s already CCTV in retail outlets across the country, all of which is being monitored centrally. The difference with body-worn video is that the person in the control centre will be alerted of the incident as soon as the camera is switched on. the technology can actually make them look and dispatch support if needed, which makes the cameras a real guardian angel on the shoulder of the people on the frontline.”

Going back to the emergency services piece, one area of deployment which McBride is excited about is the potential for body-worn video technology to fit in as part of the IoT ecosystem. This could include the aforementioned ability to turn on multiple cameras at once during a shout, or leveraging sensors as part of a wider ‘safe city’ effort.

Discussing this, he says: “We’re already seeing that now with IoT holster wear, the use of which automatically turns on an officer’s body-worn video once they pull their gun or Tazer. That’s proving exceedingly useful.

“What we’re basically trying to do the whole time is provide relevant, useful contextual information from an increasing number of sources and integrate it into one ecosystem. Anywhere you’ve got someone providing frontline services, talking to the general public, you’ve got a potential user of body-worn video.”

NHS England’s decision to leverage BWV is an important moment for an increasingly relevant technology.

The winners of the 2022 Control Room Awards have been announced, at a ceremony taking place in Birmingham near the end of September.

Cleveland Police has launched a new app designed to give residents increased opportunities to engage with officers.

The finalists in the Control Room Awards 2022 have been announced.