Military Comms: Out in the field

Timo Haas, blackned’s CEO, discusses the use of mission-critical communications by the military with Philip Mason

Your expertise is in ‘high-mobility communications networks’ deployed on the front line. Which mobile solutions are currently being explored for use by the military?

All nations are currently facing questions about the deployment of LTE technology in the field, as well as the higher data rates required for military use. There are several European programmes with the aim of improving connection to the battlefield, following NATO’s vision of ‘Everything over IP – IP over everything’.

Ideally, they want to see end-to-end IP with coverage available everywhere, as [is the case] in civilian life. They also know that they currently need very robust narrowband communications with coverage which is significantly higher than Wi-Fi or LTE. TETRA infrastructure will never [be] mobile – fallback in disconnected mode is Direct Mode Operation. It’s also quite difficult to operate undercover with a TETRA terminal.

How does your technology fit into that?

When it comes to tactical situations, you can’t plan networks in advance – it has to be driven by the specific mission rather than the other way around. RIDUX, our core solution, is intended to address this by reducing complexity when it comes to configuration, maintenance and so on.

We aim to give military users the control back, with enablers including routing, gateways, [mesh networking] and evolved packet core (EPC), and services such as mission-critical push-to-talk/push-to-video (MCPTT/PTV) or Voice over IP (VoIP). Open standards and interfaces allow deep integration for required battlefield management services. We recently changed our core network and service logic to allow true inter-EPC handover, with seamless service session on integrated IP multimedia subsystem (IMS) services.

Why is it necessary for each network to be so bespoke?

Once the police and the military are using IP, the number of apps, end devices and sensors hitting the market will explode, but the move to IP in itself won’t change the amount of bandwidth available, as that’s dependent on the radio access technologies that are being used. At the same time – clearly – there’s no way to provide fibre links between vehicles on the front line, so you end up with a potentially messy situation when it comes to providing [backhaul].

The mesh network has to compensate for this by incorporating interoperable routing principles alongside common standards, while also [checking] that the service they want to use is available locally within a particular node.

That necessitates a customised service design, in relation to providing ubiquitous functions such as MCPTT and chat. These services need to fit in with already-available frontline solutions such as blue force tracking [GPS-enabled military technology providing a common operational picture regarding the location of other forces in a particular location].

There are no armed forces in the world that are broadly using a mobile tactical system incorporating self-provisioned and operated LTE, although many trials have taken place.

For me that mostly comes back to the lack of available spectrum for private LTE networks.

What are the other specific technical challenges when it comes to operating on the front line?

There’s always going to be a trade-off between range, availability, immunity and data throughput when it comes to any kind of bespoke mesh networking environment running on COTS [commercial off-the-shelf] technology. On top of that, the more systems you integrate, the more complex things become. Also, with every new part added to the ecosystem, the threat of cyber attack potentially increases.

LTE technology is typically designed to serve commercial markets, so most of the products are orientated to civilian usage. The development of resources going into that technology are enormous, certainly compared to development efforts in tactical radios.

If we want to take advantage of [these] economies of scale, we need to move to more agile integration methods, addressing typical issues around size, weight, power, integration, usage, process and so on. This will be the biggest challenge, in my opinion.

How about specific environments, such as desert terrain or the jungle?

There are certainly unique challenges when it comes to different environments. For instance, in an urban scenario it’s always about interference and spectrum management. If you’re using in-vehicle cellular systems during a military operation, you could easily have 100 units turning on their LTE at the same time, and those frequencies need to be organised.

In more remote environments, meanwhile – for instance, in mountainous terrain – it’s often difficult to erect cell sites, certainly with any decent distance in a given direction. At the same time, you can’t put up visible sectorised antennas, because that would essentially paint a target on top of the active vehicle. 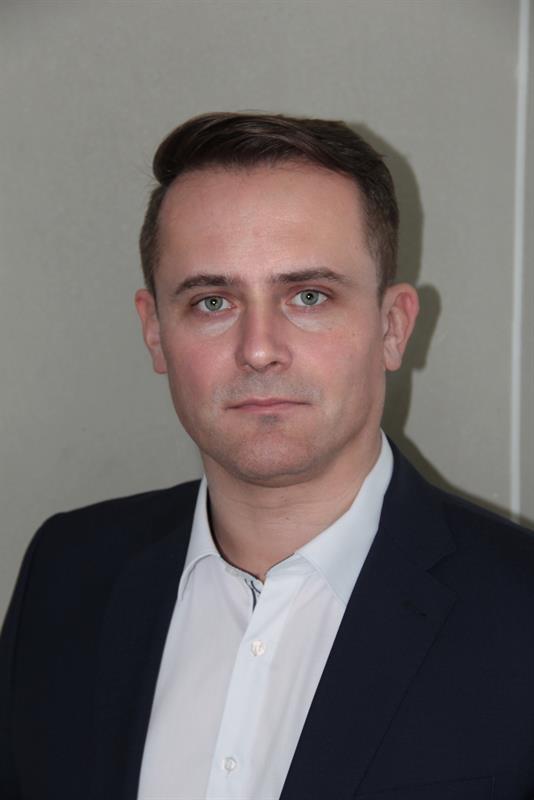 What are the main operational issues when it comes to military communications as a whole?

We’re going to have a potentially huge issue around interoperability, with nation states continuing to have to work together on NATO or European Union operations. Twenty-five years ago, all nations had the same VHF radios being used in the same voice domain. Today, on international missions, radios are not necessarily compatible with each other.

We believe that through the adoption of a powerful, commercially available technology like LTE we will have a chance at basic interoperability. If we can take care of secured information exchange in different domains, we can build federated communication.

Changing the subject slightly, how closely do you work with your clients? Is that kind of collaboration typical of the sector?

We work incredibly closely with our clients – it’s a sector where you have to react to your customers all the time. We operate using a bottom-up approach, which essentially means that we focus on the end-users themselves and what they have to deal with on the job.

One of our major projects is the development of an intuitive management system which integrates everything, with complexity reduced to only what’s needed. For example, with a normal EPC, there are generally more than 10,000 parameters you can set within it. We reduced that down to around 25 values, with the rest provisioned through the gathering of information by the solution.

At the moment, we are working with more than five NATO nations on agile development and adoption in relation to specific operational needs.

Are there any particular issues when it comes to working with the military on an organisational level?

I wouldn’t say they were issues exactly, but there are definitely things that you notice. Possibly the most obvious one from our point of view is that it’s quite tricky to talk to frontline soldiers about technology, because they’re more inclined to be interested in something they can touch.

We’ve been to trade shows on certain occasions without hardware and received a relatively poor response. We then went back next time with an integrated, olive and green metal-box-housed end-to-end system with a device with blinking LEDs, and they were like, “Hey, what’s that?” If you tell them that you’ve written an app, they generally won’t be as excited as if you show them a rugged smartphone.

The other thing you learn if you’re working with soldiers is that you have to draw the line at some point when it comes to the development process. If organisations have the opportunity to, they’ll keep coming back to you with tweaks and suggestions and you’ll never be finished. Regarding the ongoing development with clients mentioned above, we have new, stable and tested, functional software released every half a year.

Where do you believe the sector – and the technology – will go in the future?

Once the first LTE trials are successful [in terms of] connectivity and security, that’s bound to have a heavy impact going forward.

Some forces are already talking about equipping every soldier with a smartphone, which would mean an end to bringing laptops into the field. Clearly, we’ll also see a significant number of new apps, as well as the digitalisation of the battlefield in terms of the deployment of sensors.

The truly important development will take place 10 or 15 years down the line, when the generational mindset changes. At the moment, everyone’s concerned with voice, and with push-to-talk in particular. I suspect that will be transformed once the digital natives are running things.

Frequentis has announced the completion of historical first "virtual SAT", thanks to excellent collaboration with customer, the Public Safety ...

On Saturday 25 April 2020, owner and founder of DAMM Cellular Systems A/S, Hans Damm, celebrated his 70th birthday. And there is a lot to celebrate! ...