B for Bravo, A for ambition

TETRA Today (TT): Could you start by telling us a bit about your company and its history?

Dr Fahad H. Mushayt (FM): Bravo is a company that was established by royal degree to be the sole provider of mission-critical communications infrastructure in the Kingdom of Saudi Arabia. It is one of Saudi Telecom Company’s (STC) subsidiaries. The licence to run a mission-critical network was granted to STC, but for one reason or another it gave the concession to a consortium a long time ago.

That consortium, which consisted of Ooredoo, plus AT&T and some Saudi investors, built a network based on Motorola Solutions’ iDEN PTT technology under the Bravo brand and today it almost covers the whole kingdom of Saudi Arabia, with 90 per cent population coverage.

Bravo was sold back to STC in October 2013. Today we have more than 300,000 subscribers on our network and more than 3,000 clients and we provide our services to the public safety sector, the military, large corporations and different verticals including oil & gas, health and transportation. We are almost everywhere today and have some ambitious targets: our goal is to double our revenues this year and grow the business by nearly five-fold in the next two to three years.

Saudi Telecom today is the largest LTE network provider almost globally, we have LTE coverage in the kingdom of more than 80 per cent, that’s on top of the fibre network - we have a huge fibre network and Saudi Arabia is a huge country. 20 per cent of STC is floated on the market, the rest is owned by our government. Like our customers, we are more focused on the end-user benefits than the technology.

TT: What approach is Bravo taking to renew its network and address the demand for mission-critical broadband services?

FM: I became Bravo’s CEO in January this year and I’m focused on our investment programme which will deliver a full upgrade of our network with the latest TETRA and LTE technology. We plan to invest some $200 million this year and a further $500 million on our mission-critical LTE network. We’re also looking to heavily invest in cloud services.

We just signed an agreement with Airbus Defence and Space [at CCW in June]. We are at the start of our TETRA network rollout with them, but we expect to see results in the coming six months in two key areas, which will be revealed as we start the on the ground rollout. As for how long the network buildup needs, this will be an ongoing activity over the coming three years, with areas and sites coming on air basedon customer needs and requirements. For handsets, we may choose to work with other suppliers in addition to Airbus.

I believe that TETRA will last until 2025. We are building a TETRA network as a lot of our users are happy with voice and don’t require mobile broadband. For example, in Saudi Arabia, the oil and gas industry is required by its regulator to use only intrinsically safe devices from a security perspective with no cameras, it doesn’t want people to walk into a high-end installation and start taking videos. So why allow LTE there? They don’t need it. The police on the other hand will require high-end data. They will need to have a seamless experience with their devices, cameras, in-vehicle, tablets, etc.

One of the challenges we face is that many organisations in the kingdom already have their own network. We’re working with the policymakers to dictate a degree that we build one kingdom wide-network and everyone comes and uses that network. Having everyone build separate networks would be a waste of resources. It fits into Saudi Arabia’s Vision 2030, which is really about optimisation, digitisation of different verticals and enhancing public/private partnerships.

What we are trying to say to all the government organisations is why would you build your own TETRA network? We build, operate and maintain it for them and give it to them as a service, they just pay a subscription fee based on the number of users, so they don’t need to invest any CAPEX. It’s also headache free for them because they don’t have to build a team to manage the network or deal with vendors. It also makes things easier for the regulator as it reduces the number of organisations requiring spectrum.

We are rolling out mission-critical LTE. We already have a positive business case, which has been approved by our shareholders. We’ve taken a top-down perspective as we know the market very well and where the demand is. The main benefits for our customers will be the ability to do video surveillance, video dispatching and video streaming. It will also ensure interoperability in critical situations and make it easier for all of the national security organisations in the Kingdom to cooperate. A further benefit will be a guaranteed level of service beyond what is possible today and encryption that will secure all of the communications on the network.

We’re now going into phase II, which is when we’ll do the detailed planning, implementation and design. This is where we’ll take a bottom-up approach. This will be when we really involve our customers and decide whether LTE is needed on a zone-by-zone basis. Towards the end of this year we will select our preferred vendor for LTE.

Once that decision has been made, we’ll start rolling it out across 3,000 sites to cover certain zones where our customers have sophisticated requirements and need high bandwidth. We have to take a considered approach as covering the whole Kingdom with a fully-fledged LTE network would require at least 15,000 sites and spectrum would become an issue. It’s our intention to launch the bulk of our mission-critical LTE service with 3GPP Release 13. 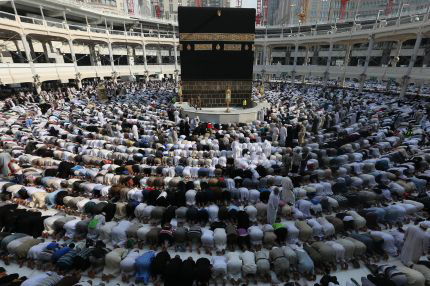 TT: Who are your technology partners?

TT: What are you doing to meet key verticals’ needs?

FM: We work closely with the Kingdom’s oil & gas authorities, which coordinates with the Ministry of Interior because of the sensitivity of that sector. Every time we make a proposal to an oil and gas client, they take the proposal to the Ministry to get it approved before we start deploying.

It has set out very tough standards, mostly around TETRA functionality and the use of dedicated, highly resilient fully redundant networks, One of the reasons why the requirements are so strict is that high-end petrochemical plants can cost many billions of billions of dollars to build. Bravo is already fully authorised to provide such services to the oil & gas sector and we also provide it with ruggedised intrinsically safe devices.

We also provide our PTT service to transportation players, including the metros. This sector is undergoing significant growth with massive infrastructure being built in Riyadh and the rest of the Kingdom – metros and mass transportation.

As part of our new strategy, we’ve decided to focus on key verticals, namely oil & gas and the military, together with high-end business areas like industrial zones, economic zones and airports. At the same time, we’re shifting away from what was a mainly enterprise focused business to a supplier of mission-critical communication services. We supply our military customers with satellite services and drones, and we provide broadband related solutions, which can be used by our bus and metro customers to upload pictures and videos when required. Bravo also provides fleet management and vehicle tracking services and we provide most of the IoT/M2M solutions in the Kingdom, through cooperation with STC’s enterprise business unit.

TT: Are you looking to procure devices on behalf of your public safety customers to maximise economies of scale?

FM: Of course, and we are talking to a number of suppliers, whom we would not like to disclose at this stage but will name once we reach final agreements with them.

TT: To what extent are you looking beyond Saudi Arabia for business?

FM: We might do business in neighbouring countries, but Saudi Arabia is the place to start. Saudi Arabia is a huge country and there is massive demand, so I don’t see a reason for us to go somewhere else in the next five years. We’re not looking to enter the European market.

TT: Are you looking to partner with other operators in the Middle East?

FM: Nedaa over in the UAE and its technology provider, Esharah Etisalat Security Solutions have commissioned Nokia to deploy a 5G-ready network to provide high-bandwidth voice, video and other data applications for mission-critical services and Internet of Things (IoT) applications. There’s a lot to be learned from Nedaa’s approach, given its recent success in growing its subscriber base, and we’re exchanging knowledge with them.

We’re also in discussions with them to establish an organisation in the GCC that will act as an industry forum for the dissemination of experience and knowledge from network deployments and so on. In the long run, I believe the region would be best served by a unified network which would allow easy interworking between different public safety agencies.

TT: What is the biggest issue for you at the moment?

FM: The biggest challenge today for us is the extent to which we build our own separate LTE network instead of leveraging STC’s existing network. At CCW, I heard many people saying that if MNOs can deliver dedicated broadband with public safety level SLAs using a commercial network then perhaps there’s no need to build a dedicated network. However, I am still pushing for a fully independent network. This is because our customers are saying “we need an SLA on a really reliable resilient network”.

Bravo will share some of the sites with STC, because so much of the cost arises from securing site access. We will have our own dedicated back-up generators, backhaul and a separate LTE core.

TT: Have you been adversely affected by the decline in oil prices to less than half their 2008 peak?

FM: We haven’t seen an impact as far as demand for our services is concerned. As a mission-critical network operator, we are insulated from such issues, as crises increase demand for our services. As far as the wider Saudi economy is concerned, huge investments are still being made by the government, but it has definitely been taking a more considered approach recently.

TT: Are you looking to use solar panels to power
your network?

FM: Bravo is not there yet. STC has been trialling this at certain sites, but I don’t think it has decided how big the deployment will be. R&D is performed within the STC group, not with Bravo, as part of our strategy of resource sharing and to avoid duplication. If it decides to do this on a large scale, then we’ll definitely capitalise on that. It is part of the government’s agenda – diversifying the country’s economy away from oil and gas.

I should add that another area where we’re working to further the government’s progressive plans for the Kingdom is our emphasis on training. We’re heavily investing in our employees, through training and development programmes, collaborating with our vendors and partners on knowledge-sharing programmes and through providing access to higher education - STC is a university in its own right. These measures are supporting our strategy to become more customer-centric and this means putting a greater emphasis on gathering customer feedback through surveys and mystery shopper initiatives. We will use the insights we gather to improve our service offerings and improve customer satisfaction.