Softil predicts that CBRS will have a big impact in 2020

Softil, a provider of IP communication developer tools, which can be used to develop 3GPP mission-critical broadband solutions (collectively known as MCX), has released its predictions for what 2020 will hold for the MCX industry.

They include the following:

5G will not be impactful in 2020, but watch out for CBRS
The 5G revolution will take years to implement and overcome the challenges of millimetre wave communication range. Besides, MCX standards in 3GPP are still in the process of assessing the impact of the 5G system, so 5G buildout will continue, but will not yet impact public safety operations next year. CBRS, on another hand, is rapidly evolving and is likely to become an alternative to LTE deployments next year for in-building coverage and full standalone private LTE operations, especially in mining, transportation, and utilities. CBRS will generate much excitement in 2020.

We will (finally!) see deployments of MCX
Despite all the failed predictions so far, it is unavoidable that commercial deployments of MCX appear in 2020. There is now critical mass following internal trials which will result in deployments and we can expect both the US FirstNet and UK ESN networks to become available to first responders.

Radio is not going away
Land Mobile Radio is here to stay for at least another decade and will operate in parallel with new MCX networks. LMR will ultimately fadeout from new mission-critical communication deployments within the next 3-5 years with MCX solutions being the undisputed future of broadband communications.

Next year will see LMR to LTE gateways dominate MCX installations as only they can provide the necessary bridge between old and new.

As new, smartphone-like devices become available to first responders, ease of use will become critical. The UI of these devices will have to be intuitive, simple, error free and customisable to tailor for different groups and requirements of first responders (Fire, EMS, Police …). The UI will have to evolve for the sake of usable public safety broadband to properly address user requirements. This will be one of the hottest subjects of the year in 2020 as the service becomes available and first trials result. There is also a slew of up and coming alternative UI options – Voice, VR, Haptics – the research will continue well into 2020 with commercial offerings appearing in the next 2-3 years.

MCX for rail deployments will continue its pace
Trains cross boundaries of different countries with different service providers and different levels of standard implementation, which makes achieving a universal solution such as Europe’s differing train networks more challenging. This is why first vendors of technology enabled solutions is happening in single countries such as South Korea and Australia where MCX technology can be deployed end-to-end and there are no concerns of cross-border interoperability. MCX and LTE-R deployments will expand further in South East Asia in 2020 and Europe will resolve its issues and deploy by 2025. 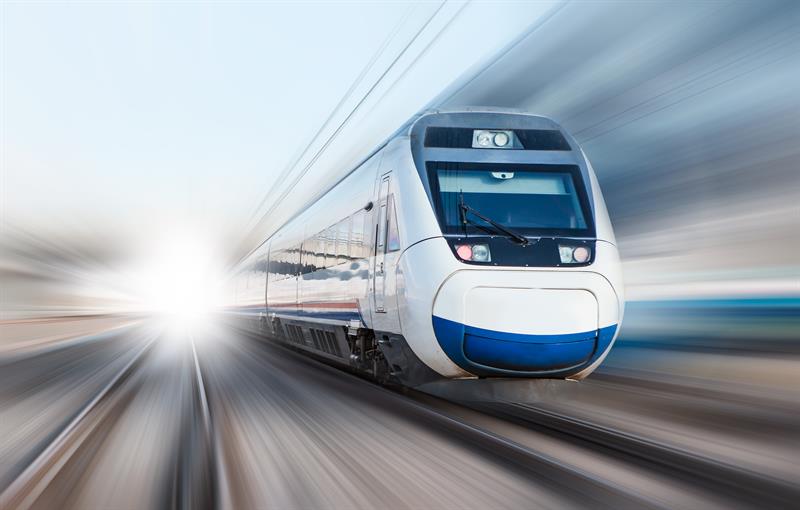 Integration of MCX and NG911/NG112
The advent of public safety broadband and overall shift to IP Communication technologies for MCX offers a unique opportunity to directly connect emergency call centers with first responders in a much richer manner. NG911/NG112 are both IP technologies and thus connect audio from an emergency call to an MCX (MCPTT) group and should be straightforward. However, the need to simultaneously cater to legacy networks and devices and new MCX networks and products does present a challenge that is currently being worked out. The year 2020 will see the appearance of such MCX/ng911 interconnectivity solutions, most likely implemented by dispatch consoles.

This is a safe prediction. The Internet of Things (IoT) has passed the Trough of Disillusionment and is now entering the Slope of Enlightenment. Inevitably, more and more aspects of our lives and work are becoming ‘IoT enabled’. This IoT enablement generates massive amounts of data. As we move towards public safety broadband, it opens opportunities to make IoT data easier to access for public safety needs and opens an evolution path from IoT to IoLST.

Situational awareness advances
Situation awareness is more an art than a science, but it is a critical element of first responder operations in 2020. Having a real-time map with the ability to see the location of all your team members, identify all structures, understand potential challenges of the landscape, summon an input of all surveillance cameras and IoT sensors – these are today mostly seen in movies, but the advent of public safety broadband makes it possible to deliver all that functionality in the form-factor of a first responder’s modern device. As yet, this is uncharted territory were AI is needed and can be truly impactful. We should expect to see advances in this area next year in research and pilots.

Will 2020 be the year of intelligent edge?
To some degree, Edge Computing is old news – however, as we continue embracing the cloud, it is increasingly understood that we cannot push everything into the cloud. There is simply too much data being created. We need to define the functionality of the Edge to help with this data onslaught. The balance of computational capabilities is especially important in mission-critical operations – it is therefore not surprising that standardisation of the EDGE for Applications (EDGEAPP) is a new work item in the 3GPP SA6, Mission Critical Applications working group. We will see early implementations of Edge applications in 2020, at least on the level of solution architecture – and standardisation work will continue to gain momentum.

“Softil coined the term “True MCX” to stress to all solution providers that they should not operate in silos and fully adhere with international standards for mission-critical communication solutions over broadband,” said Pierre Hagendorf, Softil’s CEO. “Full interoperability of solutions is essential for all involved in the development of the MCX revolution and will ensure rapid uptake and deployment. The market seems to be inching in that direction, but it will take a few years till true interoperability becomes commonplace.”