Phil Kidner turns in his wings

Phil Kidner, TCCA CEO (and an extremely frequent flier), will soon pass on the role to Tony Gray. Before his well-deserved retirement, TETRA Today caught up with him to hear his thoughts on his time at the association's helm 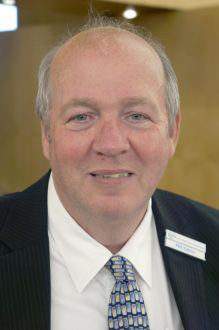 Phil Kidner, TCCA CEO (and an extremely frequent flier), will soon pass on the role to Tony Gray. Before his well-deserved retirement, TETRA Today caught up with him to hear his thoughts on his time at the association’s helm

TT: What prompted your decision to retire?

PK: I’m an old man first and foremost. It’s purely personal. If I were a young man, I would be very happy to continue what I’m doing and trying to push the TCCA’s agenda forward, but I’m not. For the past 11 years, I’ve been totally involved in everything the association does. That’s kept me away from my home, from my family, my friends – I’ve been totally dedicated to the association. That can’t go on forever, I need to reintroduce myself to my wife, and spend more time with my six grandchildren. If I don’t do that now, it will be too late. It’s with a lot of reluctance that I’ve made this decision, but it’s the right decision. I have a date for my retirement, 31 August, so there’s no going back!

TT: What will you miss most?

PK: I’ll miss everything. The people first and foremost. Since my retirement was announced, I’ve had lots of very nice emails and phone calls from people. They’ve come from South America, Australia, China, the US, Africa. Those people are more than just members of the association, they’ve become friends and colleagues, and I will miss that.

People say I’m always on an aeroplane – that’s because we’re a global organisation. I’ve been to some great places and I’ve enjoyed that, but I won’t miss hanging around airport lounges for hours on end, and I’m very pleased to be leaving that behind me. I’m very sad about leaving the people behind.

TT: What do you consider to be the biggest changes you’ve seen during your tenure as CEO?

PK: Back when I joined, the community had accepted that TETRA was never going to be in the US. Well, we’ve turned that around and you look at some of the biggest transport systems in the world that are based in Canada and the US, particularly in New York. Some of their airports, Los Angeles, and New York’s JFK, are now using TETRA. They could have been using it 10 years ago, but they were denied that opportunity. So, that’s a significant move as the US is 40 per cent of the global critical communications market. A big proportion of that is tied up with public safety and they have a policy for that sector that says you will do this. And that’s fine, but there are a lot of users in the US that now have the opportunity to choose the best technology for their requirements that they never had.

I think the second thing is testing and IOP (interoperability) certification. At some point in the past it was becoming too expensive and onerous for manufacturers to participate in and they were trying to minimise the amount of testing they did. The users woke up to IOP testing’s benefits, and many of them, without us prompting them, have included in their procurements that this product must have an IOP certification. We revamped the whole testing several years ago now and today all the manufacturers that want to sell TETRA products around the world participate. It’s done very efficiently now by ISCTI in Rome.

Around 2010 we recognised that PMR on its own would become a niche market for a niche market and, as a result, would have limited investment and development and would cost a lot of money going forward. After all, there are roughly around 40 million PMR users in the world compared with seven billion cellular users. So we had to convince 3GPP that it was worth their while and effort spending time and money to satisfy critical communications end-user requirements – that was a huge challenge, but we succeeded and I believe we made the right decision in choosing to become part of LTE. To this end, we became a market representative partner for 3GPP; with its agreement, a working group was created to bring critical communications functionality to LTE and we had to find resources within the community to do that – and that’s an ongoing challenge.

Today, it’s not possible to exclusively use LTE for critical communications, not because the standards aren’t getting there, but because the equipment isn’t available – we need equipment from multiple manufacturers to drive up the functionality and drive down the cost. We need it tried, tested and available, and that’s not here yet, so the first and early adopters will have real challenges as they’re going to be using a mixture of standardised products and proprietary products. We want to make sure that, at the end of the day, whenever that happens, all the products are standardised so we can have that choice of manufacturer and keep the cost down.

TT: Are there any lessons that were learnt in the early days of TETRA that can be applied to the roll-out of mission-critical LTE?

PK: I wasn’t in the association when TETRA was born. In those days, I worked with a user organisation in the UK and we used a mixture of VHF and UHF. TETRA was sold to us as a panacea – and it did solve many of the problems and it has turned out to be a brilliant technology for public safety around the world – but there was a danger then and there’s a danger now that it is seen as the panacea. That wasn’t the case for TETRA and it’s not going to be the case with LTE.

We had data for the first time with TETRA but it is narrowband; we now have LTE, which claims to solve the data issues but at the same time provides lots of challenges for voice, group working and direct mode.

Whatever you’re doing, everybody looks to the next good thing coming on the horizon and immediately says ‘what we currently have is crap, the future is this and it will solve all our problems’. We say that every time and it’s not the case, it’s an evolution. People have said that TETRA is old and rubbish. That’s not the case. PMR is still the best and only way of delivering what critical communications users around the world need. LTE is going to bring a lot of benefits to that platform, but the more I look into this, the more I’m convinced that the PMR platform is going to remain for the foreseeable future, and LTE or 5G will build on that.

We as a community should not be looking to move completely from LMR, whatever flavour it is – TETRA, P25 or something else – until what is offered to us is proven to at least deliver those cardinal requirements, and build lots
of other opportunities, technology and functionality on top of that.

At the end of the day, users are not concerned with what the underlying technology is, they’re concerned that they’ve got the applications they need and they’ve got the resilience and the reliability that they need. And whatever technology that [PTT] button is on, it’s got to work first time, every time, whether they’re inside or outside of coverage or a building. The users don’t see any grey, they only see black and white.

When we implemented TETRA across the UK and went to all the user organisations, in this case mainly the police, we explained all the technical challenges in terms of topography and propagation and they weren’t interested. They wanted 100 per cent coverage – any stepping down from that is always a compromise from the users. That’s going to come around again with the LTE rollout around the world.

TT: What are your thoughts on Tony Gray’s appointment as your successor?
PK: I’ve known Tony for several years as he’s a board member. I wasn’t involved in his appointment, that was done entirely by the board and that’s quite right; I’m yesterday and he’s tomorrow, so it’s for the board to say he’s the right man. I like Tony and I’m sure he’ll do a great job. He first came to notice in the association when he became the first chair of the CCBG; he successfully set it up and got it off the ground. I’m sure he will bring those talents and skills to this job and will make sure that the association goes from where it is today to an even brighter future.

Teltronic will provide TETRA technology to the ‘Gold’ line, a new rapid transit system feeder line being constructed in Bangkok.

Device manufacturer Airbus has announced that it will supply TETRA-based communications to three new metro customers in the Chinese cities of ...